What is left of time passing? Ruins of castles, scrambled places in my head, old photos of stairways I climbed to the top of a mountain cutting through the thick haze. Seated on a rock overlooking streams and rivers, I wish to see things more clearly. The appearance of a sculpture changes every second, like ideas and physical bodies do, until they all turn to dust. A mass of stone gradually forms and then vanishes. “The world is not so much made of stones,” Carlo Rovelli writes, “as of fleeting sounds, or of waves moving through the sea”*.

A wave is an imprint of all universal things traveling through spacetime. The study of the wave function involves probability graphs, their state, and their evolution. Such a mathematical description mirrors in my head the mental experience of intuition that is said to be like the sight of generic signals going up and down on graphs. On the inside, the geometric mind arranges an array of concepts and assembles a bundle of images. It reacts to the noise uttered by the flowing river of ideas, forming geometric objects with its wandering thoughts, dancing circles under one roof out of which spiraling Universals flow. On the outside, geometry points to the relevance of gravitation force.

On the one hand, nothingness is a timeless presence; on the other, anything that could happen exists**, has existed, or will exist. Our fragmented Universe grows out of spacetime through the quantum realm in which probabilities exist. The geometric mind recreates the geometry of its surroundings intuitively. It assigns the number zero to nothingness and one to the wholeness of the quantum Universe. Zero and one set off the geometry of numbers, unraveling basic mathematic riddles. With their two faces, numbers convey a representational theory, continuous fields of infinitely many degrees of freedom.

In nothingness, there isn’t any word for distance and length. Their mere mention is absent. Silence is the rule. I wish to trace its contour. I feel entanglement remains silent until the noise and the quantum system act on each other at the edge of the collapse. Emerging from the quantum realm, which witnesses the birth of sounds, a sound is elicited by any motion of an individual object — of any length — even that of an intuitive spark in one’s head.

Resonance inside mirrors sounds outside. Sounds cowrite a discreet symphony in the background. I wish to devise a poetic code for the theoretical house of everything, a geometric theory that would convey the essence of information spread through an infinite number of dimensions setting energy free. As I draw circles here and there, I try to extract myself from the mesmerizing pull of abstract thinking.

If any attribute, whatever it is, is vain and false***, then searching for answers is pointless. I touch the bottom of the rabbit hole and reach the trough of the wave. Sucked into the black hole of nothingness, I walk on eggshells. I am surrounded by darkness and silence but still hear voices telling me that interdisciplinary communication is epistemically perilous. Nevertheless, the opportunistic approach to a theory of everything such a dialogue entails is the way forward.

We wonder about the geometry of past whereabouts and conjecture how an early encounter with a star might explain Neptune’s eccentricity or how the Sun lost his binary friend. Could an equal-mass binary companion to the Sun in the solar birth cluster explain the formation of the observed population of outer Oort cloud objects and the putative existence of Planet Nine? Every discovery is a guide to something more. Nonetheless, I remain more receptive to the story of  Oumuamua than that of Neptune, the Sun, and the comet Leonard passing by. A new yet silent sound has emerged, rushing through space from light years away as if it were sent for the only purpose of being received. Oumuamua did not come out of nothingness but an existing area in space unlikely to be devoid of all matter and all fields. There too, the structure of spacetime involves the same process of accretion during which preexisting matter has come into being as offspring of individuals forming its past. Space is shaped by a geometry of ontologically prior entities. It does not equate to emptiness but a set of spatiotemporal relations that do not appear random after the fact.

Points emerge and draw the spacetime manifold where the gravitational field expands and contracts like a beating heart. It is a sounding field, and the field of consciousness is filled with its ringings. Whether Oumuamua is an alien craft spotted far away, unlike those Unidentified Aerial Phenomena reported much closer to home, invites more questions than answers: where would it come from anyway, and how would it get here? If it is, it will prove that we are not alone, that a civilization was able to overcome its differences and acquire the technological know-how to launch in space a craft like a message in the bottle that some have thrown before in the ocean. Did it leave on its path echoes of its passing? Free-floating objects may travel trillion miles in their lifetime. Oumuamua could have passed through a considerable subset of the Carina and Columba moving groups when those groups were forming. An individual object that happens to be Oumuamua extracted itself or was ejected from its flowing community. Moving groups are flows within flows, overdensities in the space motion. They are streams crossing the region around the Sun. Movement creates time. Those moving flows are, in a sense, time flows. Carina and Columba may be the most plausible source region if Oumuamua was ejected during planet formation or via intra-cluster interactions. Carina represents the section at the bottom of a ship, part of what our ancestors saw in the sky as a sailing ship, while Columba designates a dove. Is Oumuamua a dove feather or a piece of wood from the keel? Today, our modern interpretation suggests that if it’s not an alien spacecraft, it may be a young asteroid from Orion arm or a 30-million-year-old product of a molecular cloud drifting into the boundaries of our solar system, throwing crumbles on its path, inviting us to follow her back to a region of the sky that only our ancestors could have dreamt of. As it recently joined the discreet sound of astronomical objects, radio telescopes wish to detect Oumuamua’s imperceptible swish through space. 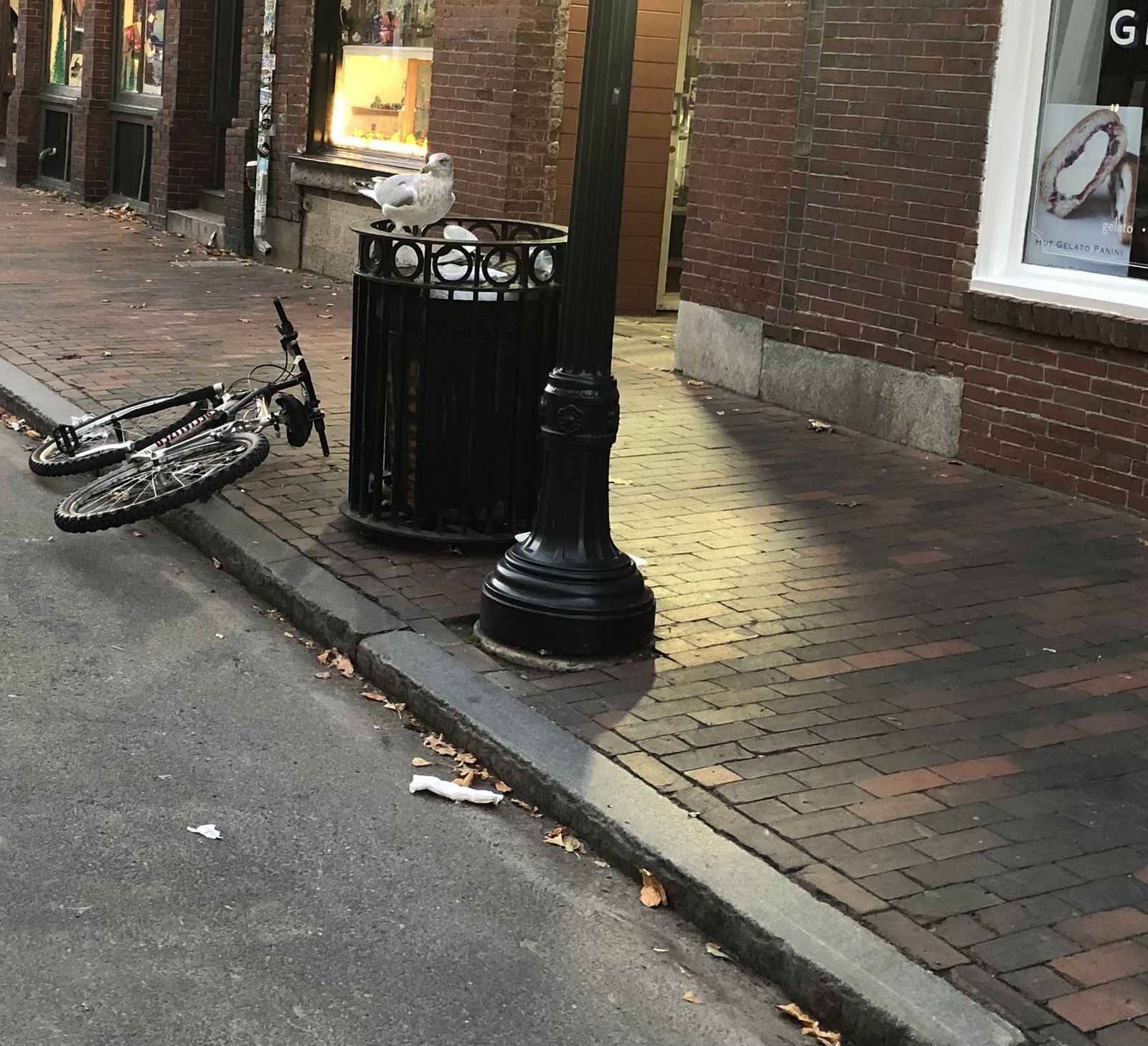 What is it with poets and birds? Do poets envy their view from above and their ability to spot at a great distance a tiny speck down below? Baudelaire's albatrosses, the native garden's sparrows, Cleveland's eagles, and Portland's seagulls all crowd my head. Birds live ordinary lives, sifting through trash and ripping flesh off fish on the pier's edge. They, too, quiet down at the end of the day, watching the sunset. It may be that Oumuamua is a metal eagle spying on us from a distance. Wary of being caught by human telescopes, it flew back out of the Solar system. Fishermen are cutting off the beaks of endangered albatrosses

The accidental catch of marine mammals, turtles and seabirds in fishing gear is one of the biggest causes of the global decline of these animals. Lots of work in recent years has tried to limit or ... To find food, dazzle mates, escape predators and navigate diverse terrain, birds rely on their excellent color vision. "Humans are color-blind compared to birds and many other animals," said Mary ...

*Carlo Rovelli, The Order of Time