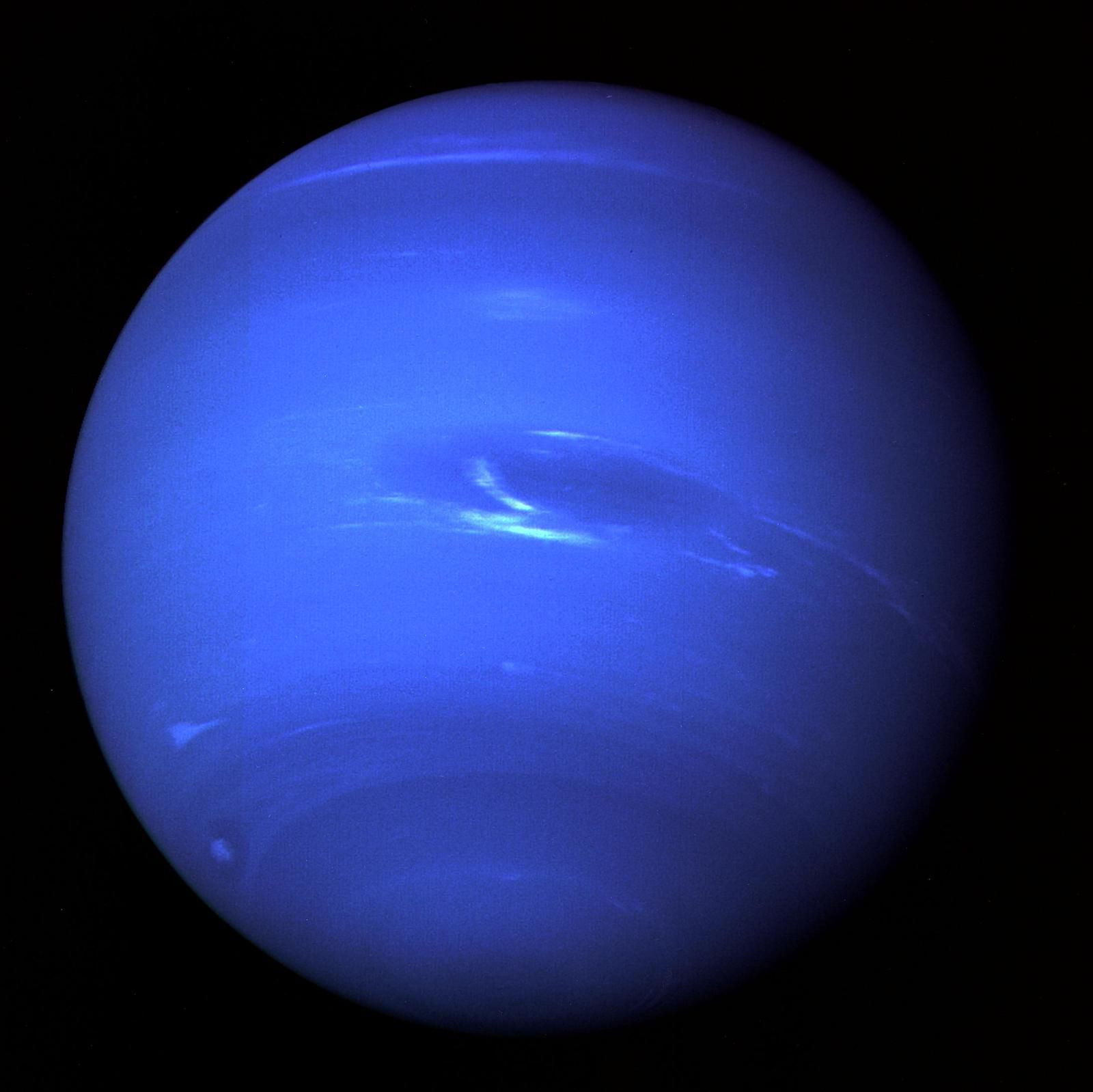 Using predictions made by the French Urbain Le Verrier, Johann Galle at the Berlin Observatory discovered Neptune in 1846. The amateur astronomer William Lassell spotted one of its Moon, Triton, 17 days after Neptune’s discovery. Which pitch would have Boethius assigned to Neptune, had he known about the blue planet? Today Neptune is said to have 14 moons, all captured objects. Would the existence of Neptune, Uranus, and Pluto have transformed Kepler’s musical composition? Has anyone tried since to build on his original work? Beyond what can be reasonably thought, beyond consciousness, Neptune already existed in the background, waiting to be spotted to join the symphony. Johannes Kepler lived at a time when astronomy and astrology collided. He propounded a "theory of astrology freed from superstition" and lived coincidently through another great conjunction of Saturn and Jupiter. I wonder how astrology relates to astronomy. Can the Sun and other celestial objects revolving around it impact humans' behavior? The late integration of Uranus, followed by Neptune and Pluto to the astrological discourse and the reverse status of Pluto —which is no longer recognized as a main planet but rather as a Kuiper belt object — makes it all the more doubtful that astrology could be a reliable system of knowledge.

If, for example, Pluto's influence is based on its size, it is actually less massive than Jupiterian moons Io, Europa, Ganymede, and Callisto, Neptune's Triton, and Saturn's Titan. Suppose it is because it revolves around the Sun. In that case, it begs the question of whether adding all the Trans-Neptunian Objects and comets would make astrological data more accurate. Ceres, Chiron, Pallas, and Juno were later added to the astrological discourse to keep up with the flow of astronomical discoveries. Maybe the difference between astronomy and astrology stems from the difference between the physical world and the experiential world. Because of its lack of operational efficiency, we have assumed that astrology doesn’t work. Astronomy explains the cosmos’ physical characteristics as a scientific study, while astrology intends to frame how we experience it. In her 2018 book, Error and Loss, Ashley Curtis outlined her intuitive approach to reality and claimed that “reason has become our chief instinct” but “not because it leads to knowledge of an objective reality, but simply because it works.” This “idea of reason as so transparently truth-delivering that it needs no justification” is an evolutionary advantage we have embraced. The problem with reason is that it reflects our assumptions about what we consider reasonable more than reality itself. She concludes that “our real search for truth and meaning cannot but be experiential.”

I usually shy away from words like truth, for I am unsure that there is an ultimate truth, and I believe in myriads of bits of experience and feeling in the Universe, each with their own subjective view. Truth isn’t on the list of words, like avoidance, nothingness, and beyond, that cast a spell on me, for my truth is beyond. Beyond distance, beyond the horizon. Beyond the reach of imagination, beyond the heliosphere. Beyond appearance, beyond physical reach. Beyond the known world, beyond our earthly life. Beyond ourselves, beyond the grave. Beyond reality, beyond possibility. Beyond hope, beyond illusions. Beyond limits, beyond understanding. Beyond individual needs, concerns, bubbles, and beyond the visible. Universalis Cosmographia - Consciousness and the Universe

I am the statistician of insomnia, under my eyelids tallies grow. In recent additions an armada of icebergs invades the slow speed of night and leads the counting to calculations of length, width ...

But I agree with Ashley Curtis’ conclusion that to satisfy our search for answers, “rather than reasoning towards ultimate propositions” with a mathematical or philosophical language, “we need to experience as deeply, richly, fully as we can.” And that’s where I sense Thomas’ experience with consciousness comes in if we are to believe that within ourselves lies a blueprint of the solar system, if not the Universe. Suppose such a thing resonates inside us and lies within the dynamic interaction with the physical Universe. In that case, the individual consciousness may feel isolated because reasoning has drifted apart from feeling. That resonance might help shed light on the nature of astrological influence.

We are left with a licence to enchantment.

Still soaked in a Keplerian atmosphere, I wonder about the Universe's sense of harmony. In astrological terms, I am Neptunian for my love of the unknown and my exploration of the foreign. Neptune is the eighth and most distant planet in the solar system. It may have been formed by core accretion much closer to the Sun, in a colder part of the solar nebula than Jupiter and Saturn. It may even have switched position with its companion Uranus. Now located around 930 million miles from Uranus, 30 times as far from the Sun as Earth, it takes 165 Earth years to orbit the Sun. Neptune, whose apparent size in our sky is roughly a factor of 10 smaller than Jupiter and Saturn, has at least five main rings and four more ring arcs, which are clumps of dust and debris likely formed by the gravity of a nearby moon. It experiences seasons just like Earth does. Are they seasons of feeling such as those painted by Frank Weston Benson (in the circular panels on the South wall of the Library of Congress building)? Does Neptune feel the joy of anticipation during spring and the urge to possess in summer? Does its joy wane in the fall? And does it learn to embrace acceptance in winter? Each of the four seasons lasts for over 40 years.

Its internal energy may be the outcome of massive and dense projectiles that penetrated towards the center and deposited mass and energy in the deep interior. It is suggested that molecular condensation into clouds led to the formation of a number of atmospheric superadiabatic regions in the middle and deep atmosphere, resulting in the deep interior being hot. However, the evidence is mounting against a Neptunian scenario of an adiabatic interior with distinct layers. Neptune might display a gradual distribution of heavy materials and water. Its internal heat source is smaller than that of Jupiter and Saturn, resulting in a much lower capacity to power internal convection.

Deeper energy mechanisms may also point to an ocean of super-hot water under Neptune's frigid atmosphere that does not boil away because of incredibly high pressure that keeps it locked inside. Such internal energy enables the unraveling of powerful winds and rapidly evolving storms fueled by methane condensation and characterized by a robust eastward jet at the equator at speeds of more than 1200 mph. In comparison, Earth's most powerful winds hit only about 250 mph. Neptune, whose obliquity of 30 degrees is thought to be the result of giant collisions during formation, possesses a tilted magnetic field whose interaction with the solar wind shapes an asymmetric and dynamical magnetosphere. It also radiates complex auroral emissions.

Overall, many questions remain about the nature of the interaction between Neptune's very shallow ionosphere, thermosphere, and magnetosphere and the process responsible for the elevated temperatures observed in the upper atmosphere. We may have to wait for 2030's or beyond for ESA or NASA to send a spacecraft with an atmospheric probe to orbit the sub-giant. Until then, next-generation telescopes such as the James Webb will provide more clues. So far, we have remotely observed that its envelope possesses highly supersolar metallicities. It is made up mostly of hydrogen and helium with smaller fractions of heavy elements such as carbon in the form of methane. In 1991, it was determined that Neptune emits around 2.6 times the energy it receives from the Sun, which is the highest of any planet in the solar system. That is what gives it that overluminous appearance. Methane, in particular, gives Neptune its blue color. After all, I may be Neptunian, for blue is the color of my heart. 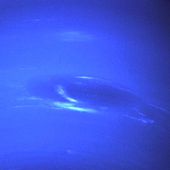 IntroductionDark, cold and whipped by supersonic winds, ice giant Neptune is the eighth and most distant planet in our solar system. More than 30 times as far from the Sun as Earth, Neptune is the ...