On July 12th, what we will see is not just an image. It’s a new world view of nature giving away secrets that have been there for many decades, centuries and millennia. Let us prepare for @NASAWebb to change our view and #UnfoldtheUniverse.

The difference between the two words may be that one was more commonly used in the past. Words carry memories. Pascal urged us to contemplate the whole of Nature in Her full and grand majesty. The whole visible world, he added, is only an imperceptible atom in the ample bosom of Nature (1). One meaning however has endured: Nature and the Universe both provide a sense of unity. They imply the existence of one single entity across time and scale. What was a theory of Nature has become a theory of everything. And to scientists, such a theory poses a mathematical riddle rather than an epistemological one. Rules that have been tested and verified most stringently are elevated to the status of Laws of Nature (2). Those Laws of Nature support each other like building blocks in a game of reciprocal causality. They come together, Matthew Bothwell writes, to produce a Universe filled with these ridiculously vast –- and incomparably beautiful –- structures.

What does 'nature' mean? - Humanities and Social Sciences Communications

The idea of 'nature' is at the very core of science, considered as its flagship and deepest link with human societies. However, while nature preservation has become a major social concern, the idea

Nature though isn’t a passive player, a mere landscape. “Being” I recall, “came out of something, nature came out of Being”.  Nature is the genesis of growing things. It is a process of creation and refers to the life of the Universe. Indeed, the most surprising in cosmology is that the nature of the Universe requires continuous creation—the perpetual bringing into being of new background material (3). 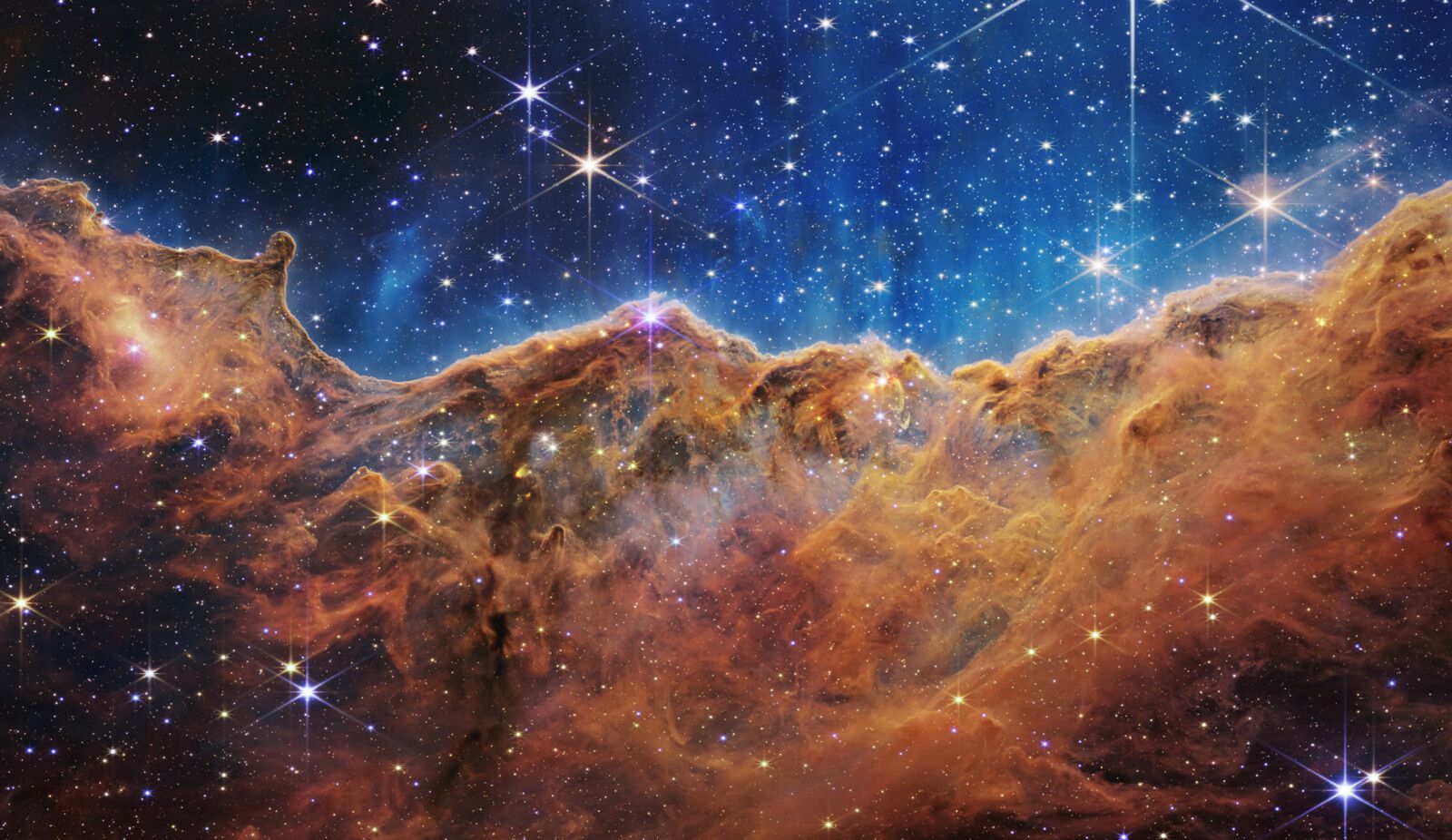 Somehow by the power of creation, Nature does something that seems impossible, making more energy available. Nature shapes the Universe. Its overpowering effects bring the Universe out of Nothingness, moving it forward. Not only Nature does not allow anything to perish, Lucretius wrote, till it has encountered a force that shatters it with a blow or creeps into chinks and unknits it, but Nature also repairs one thing from another and allows nothing to be born without the aid of another’s death (4). It is as if we could follow the tracks of Nature within the Universe.

By fate, not option, frugal Nature gave
One scent to hyson and to wall-flower,
One sound to pine-groves and to waterfalls,
One aspect to the desert and the lake.
It was her stern necessity: all things
Are of one pattern made; bird, beast and flower,
Song, picture, form, space, thought and character
Deceive us, seeming to be many things,
And are but one. Beheld far off, they part
As God and devil; bring them to the mind,
They dull its edge with their monotony.
To know one element, explore another,
And in the second reappears the first.
The specious panorama of a year
But multiplies the image of a day,–
A belt of mirrors round a taper’s flame;
And universal Nature, through her vast
And crowded whole, an infinite paroquet,
Repeats one note.

In Nature we see fractals, and patterns, constantly and regularly occurring along a set of well-defined categories. Are Laws of Nature ineluctable and their number finite? And why is it that Nature often seems to make sense on the assumption that it has a purpose? (5) Nature becomes a fateful thing to which the Universe obeys, that which subdues the Universe. I wonder why it all comes down to the existence of governing laws from which the Universe can’t escape and where the urge to make sense and find order in all things comes from. Nature versus Nurture is preceded by the ontological debate over steadiness versus evolution. Within the boundaries of physics, we look at Nature processes. As the nurturing conditions provide for evolution, the indecipherable process has complicated our understanding of the conservation of ontology. Nurturing conditions affect the geometry of the whole system. The evolved stage of Nature under the direction set by entropy bears waves of feeling and emotion across spacetime. Today what conservation of ontology means, in the most practical terms, is the conservation of Nature. 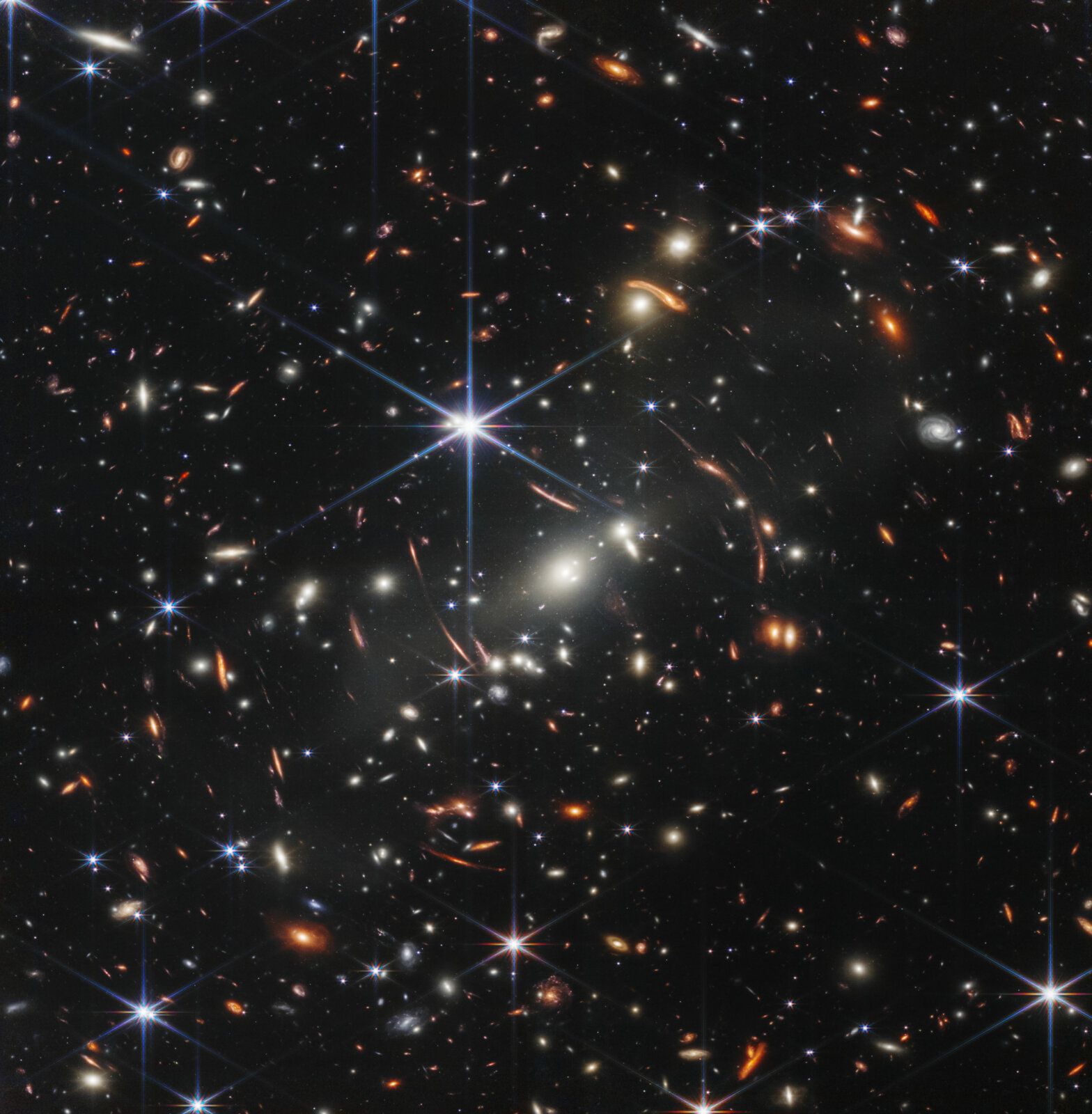 Let’s say that the Janus point stands at the narrow neck of a sandglass. If the Universe were an expanding glass bulb and each grain of sand the size of Webb’s view of the Universe, what would constitute the steadiness of sand? To Fred Hoyle, no matter how far in time and space we, observers, view the cosmos, we will still be able to see about the same number of galaxies as we do now. At first sight, he explained, it might be thought that this could not go on indefinitely because the material forming the background would ultimately become exhausted. Following in the footsteps of Lucretius, he added that “the reason why this is not so is that new material appears to compensate for the background material that is constantly being condensed into galaxies”. Today, the advancement of new technology which allows us to peer deeper into the far reaches of the Universe seems to comfort us into such impression. In the end, where the realm of Nature begins remains an open question. Should the natural boundaries of the physical Universe extend beyond? It seems far-reaching to start Nature at the quantum level since Nature appears less probabilistic on the surface than seemingly mechanical. For Bohr, I recall, neither particles nor waves are attributes of Nature. They are no more than ideas in our minds that we impose on the natural world. But some have argued that Nature clues in a fundamental truth — quantum mechanics is unique in enabling the assignment of a non-redundant, complete final boundary condition to every system. The ambition of quantum mechanics is to predict the behavior of Nature. And the more we introduce global symmetries into the quantum world, the more Nature claims its design.

Aristotle observed that Nature may also represent an immanent thing from which a growing thing begins to grow. So what constitutes the steadiness of sand? If the Universe is conceptual in nature, that which is preserved, carried across time and space may be its conceptual origination, an immutable and undifferentiated essence within the evolutive appearance of reality. The immanent thing which perdures, despite or owing to variation processes, is the quantum nature defined by Freedom, Essence, and Existence. The Universe goes through stages — the agency of physical and dynamic properties and the sum of all its features weaves a network of intricate connexions within the ever-changing architecture.

“To a man laboring under calamity,” Emerson wrote,  “the heat of his own fire hath sadness in it. Then, there is a kind of contempt of the landscape felt by him who has just lost by death a dear friend. The sky is less grand as it shuts down over less worth in the population” (6). Nature only wears the colors of the spirit. To me, the Universe from its initial state is free to explore what it means to be.

A deer in the park,

Lilies in the pound,

Music in my ears

Light in my eyes

The beat of the drum

A grain of sand catching a breeze. (3) Fred Hoyle, The Nature of the universe

(4) Lucretius, On the Nature of the Universe

(5) Peter Dear, The intelligibility of Nature