Living with the Unknown - Emergence Magazine

Volume 3: Living with the Unknown asks, What does living in an unfolding apocalyptic reality look like? Explore Initiation, Ashes, Roots, and Futures in an interactive and immersive experience.

To lift your mind up:  there are breathtaking online magazines such as Emergence, well-written articles by Lee Billings in the Special Collector’s edition of the Scientific American (Summer 2022), and flows of ideas in Aeon so much so that my head is spinning, overrun with disheveled thoughts I can’t straighten up. I don’t know why some linger longer than others. I only know that they need to be rearranged together. I hope that by spelling them out one by one, those ghostly imprints will either enter a more straightforward line of reasoning or simply vanish. 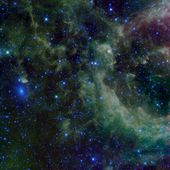 Three circles of dance - Consciousness and the Universe

The Universe is a breeding sphere, a breathing field strewn with islands of consciousness. From massive stars to strains of cyanobacteria, an immanent thing rests upon its quantum nature of freedom, essence, and existence. To us, reality wears a coat of light and water. It is a screen of molecules woven into the electromagnetic field. To us, life and consciousness intertwine. We are unable to conceive one outside of the realm of the other. In our eyes, consciousness is glued to the ground, prevented from escaping into space the way Earth’s gravity keeps oxygen down. It may be that a throw of dice will never abolish chance, but as soon as the infinite gam e is on, each time the dice are tossed, it gives a nudge, a direction, builds things to a higher ...

Given that we are carbon-based living beings breathing in oxygen in a hydrogen-dominant Universe, should we expect that any form of life and consciousness derives from those same physicochemical parameters, modeled after our own experience of biological building blocks on Earth? As hard it is to imagine life beyond what is conventionally accepted, it is even less intelligible the extent to which consciousness — in the most general terms — occurs. More than our inability to imagine a greater diversity for niches of life and consciousness, our attempt at classifying them beyond Earth and the Solar system, beyond spatiotemporal boundaries, takes the risk of downplaying all the possibilities. Intuitively, though, we feel the heaviness of an invisible map drawn not only through physical places and distances we travel. Threads weave the present into a monster blueprint that is slowly expanding. Such an invisible web is full of dynamics pulling and repelling, splitting apart our bodies and souls. It extends across time, keeping tight invisible cords while mounting scaffolds of consciousness breaking up beneath the surface of things. There’s the image in my head of a fracture that almost completely surrounds Artemis corona, the mouse-shaped feature on Venus.  It cuts through the same way as with the deep-sea Aleutian Trench to the south of the Bering Sea, whose maximum depth is 78 times that of the fault line at the Mosi-oa-Tunya Falls. Physical fractures merge with disappearing time intervals. Time is gravity written in geometrical patterns. In trench-like areas with weak gravity, time feels different. Climbing out of the shadows, extremophiles move away from the quantum realm to set up biological niches on their own timescale. Inside the crust and in the depths of celestial objects, there are microorganisms from which more complex lifeforms will, in time, emerge. Emergence - Consciousness and the Universe

In a Universe crisscrossed by invisible time-dependent spatial relationships, past, present, and future poets are mind travelers looking through the lens of telescopes at stars and planets. Planets depending on their position, are on their own timescale, and as time goes by, stars increase in size, pushing further away the habitable zone. Those much closer to the galactic center may have an even slower timescale than the Sun. Far from city lights, poets watch the night sky gradually changing with the continuous launch of human-made satellites since the sixties. Could one of them get out of orbit and reach a nearby planetary system? Could it drift for millions of years and return to an Earth that was once its home? Could Oumuamua be a drifting satellite launched aeons ago by an alien civilization?

It may be that the goal set by Emergence to underline timeless connections between ecology, culture, and spirituality inspires me to say the following: In a perfect world, the Outer Space Treaty would have meant right from the start for States Parties to conduct exploration so as to avoid “harmful contamination.” Are we harming, even if unknowingly, undiscovered lifeforms? Are we subjecting them to our system of values, convinced anyway that if there are life forms out there, they’re probably microorganisms deemed inferior to human life? In our current effort to remove space debris, we acknowledge the potential risk of leaving behind waste and shards of metal in Outer Space and on extraterrestrial objects the same way we have recognized it to be environmentally harmful to our oceans. This can was observed at a depth of 3,306 meters (Image courtesy of the NOAA Office of Ocean Exploration and Research, 2016 Deepwater Exploration of the Marianas) During America's Gilded Age, the future seemed to pulse with electrical possibility. Iwan Rhys Morus follows the interplanetary safari that is John Jacob Astor's A Journey in Other Worlds, a ...

Territories and uncharted lands have been seized by right of conquest throughout human history. Such a principle left permanent scars and became institutionalized in our human psyche. Seventy years after the  Supreme Court upheld it in 1823, one of the wealthiest people in the US, John Jacob Astor, described in his scientific romance Outer worlds “that would have satisfied a poet” while inciting others to “mine the hills for copper and drain the swamps.” One hundred twenty years later, are we still more eager to follow in the footstep of Christopher Columbus than to fill the role of custodians of Outer Space?

Historical knowledge is a window into human nature. Outside the traditional ways of conducting business as usual, let’s ask fundamental questions about what life is and what consciousness entails before proceeding with the next Gold Rush and the race to drill the ground of planetary bodies. There are interdependent variable quantities and extremely long range correlations sprung from underlying microscopic degrees of freedom. An evolutionary approach to consciousness should be part of our ongoing discussion on space exploration. From planet-changing species to the responsibilities that come with the awareness of our role and duty within the Universe, we ought to grow and consciously feel those invisible ties in order to address the failures of the past and cross the threshold of complexity.

The knowledge of the depths within the self saves the self from pride, prevents a bitter criticism of the sins of others, and makes a sullen rebellion against the imperfections of nature and history impossible. The knowledge of the heights keeps profound self-knowledge from degenerating into bitter disillusionment.

On the future of humanity - Consciousness and the Universe

Back in 2016, I read Yuval Noah Harari's book entitled Sapiens: A Brief History of Humankind . He wrote that it is "doubtful whether Homo Sapiens will still be around a thousand years from now, so 2

Settlements come and go. They share the same habitat through loops of temporalities, cosmological and biological events moving in cycles and synchronicity. In a recent article, Caleb Scharf made a reference to the human colonization of the Pacific Ocean, to the length of time that separates the arrival of seafarers from the mythic Hawaiki to that of Europeans. “If typical planetary civilizations can last for a million years and if only 3 percent of star systems are actually settleable”, he writes, “there is roughly 10 percent probability that a planet like Earth is not been visited in at least the past million years”. If time is written in geometrical patterns, then numbers set the rhythm at which those patterns and relationships are formed in space. Will we become the Maori explorers of the future visiting star systems in the next million years?

Four years have passed since I started researching the relationship between the Universe and Consciousness. I feel I have momentarily lost the axis around which I revolve: the fundamental idea that the Universe reveals itself by expressing itself and knows itself through every bit of experience. I have lost the whimsical nature of a poet frog, run over by the wave of History. Living with the Unknown means we are bound to make mistakes, face uncertainties, and show humility. What if certainties were soft notes in a lullaby, cradles rocking humanity to sleep, fairy tales whispered by Time set on keeping us from unveiling the naked Truth?  (Giovanni Battista Tiepolo, Time Unveiling Truth, Museum of Fine Arts of Boston) The white-throated sparrows have returned to the native garden. In the depths of my soul vibrates the crystal clear sound of their whistle. Solitude is a fantasy, a veil cast over our collective demise. Clouded by the haze of doubts, the mind sinks under waves of cosmic symmetries and rides above rivers of terrestrial analogies, catching a glimpse across spatiotemporal lines of the extent to which consciousness can grow. There are communication keys on sheets of gravitational waves that poets catch in their dreams and feel in the earthly signs of light, sound, and water.

Across The Universe, John Lennon