I am the statistician of insomnia,
under my eyelids tallies grow.

In recent additions an armada
of icebergs invades the slow speed

of night and leads the counting
to calculations of length, width

and projected direction. This new
territory travelled does little to assist

the salvage of sleep until a sheep
appears, out of the blue.

A frozen lamb drifting on ice,
leading a flock in a floe of white

on white. Sheep and sleep float
on a fleet of Antarctic bergs,

a flow of white on white
in rows of sheep and sleep,

The ultimate unknown is a tough one to follow. I’ll give it a rest, leave it alone in the simmering pot of fundamentals and concepts. As we passed Earth’s aphelion, time feels cyclical more than ever. By the next full moon,  August 3rd, time will have slipped through our fingers a little bit more. Six months from now, we will be three million miles closer to the Sun. In the grand scheme of the Universe, does it really matter? Distances vary. Nothing seems to be quite the same as we live through the cycle of time and the seasons of life.  I still haven't caught sight of NEOWISE but I saw once the fireflies twinkling like stars between branches of the Catalpa. From the top of the hill, I tried to see her with my naked eye but trees and clouds were blocking my view every time.  At least, Saturn and Jupiter are shining in tandem in my southern sky. 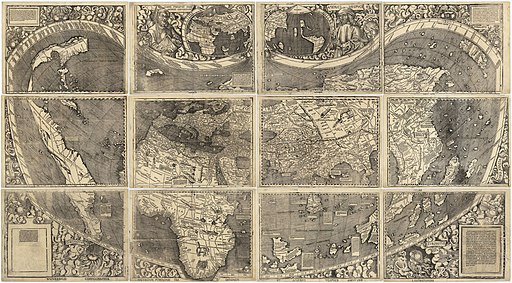 Words and thoughts force their way out, rushing through in disarray. If Chaos doesn't tell the story of the Universe, data visualization will.  Let’s imagine the Earth at the center of the Universe and extend a line through the Earth from the North Pole to an imaginary point in space named the celestial North Pole and from the South Pole to the celestial South Pole and, in so doing, we create a much larger and invisible globe -- the celestial Sphere -- that is not empty but full of objects hanging and floating in space. While sketches and images of the Universe are more common, 3-D visualization techniques bring us a new perspective and remind us of ancient armillary spheres and  Ptolemaeus geocentric model. As it was the case when maps of the world were improved with the addition of newly discovered lands such as the New World, so is the mapping of the celestial Sphere changing with the finding by Waldseemüller-like cosmographers of new galaxies, walls, and filaments. 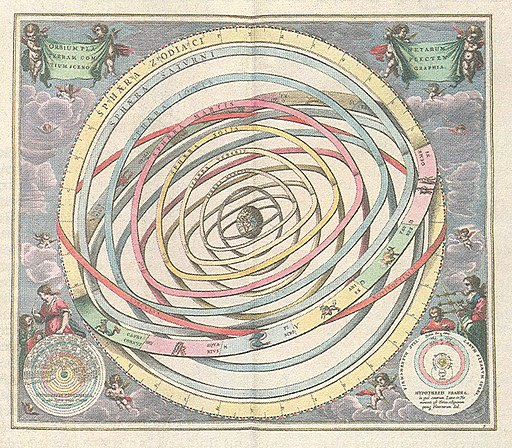 Cosmography, the study and making of maps of the universe or cosmos, is a field where visual representation benefits from modern three-dimensional visualization techniques and media. At the extragalactic distance scales, visualization is contributing in understanding the complex structure of the local universe, in terms of spatial distribution and flows of galaxies and dark matter.

The mere mention of an imaginary point in the sky called the "celestial South Pole’ brings me back to the threatened ecosystem of Antarctica and how poetry is put to good use to prevent its collapse. If any extraterrestrial life forms has ever passed by and watched from above ice retreating on the Earth’s surface, would they have said, “this is a normal evolution for societies to ravage everything on their path”? The discovery today of the South Pole Wall sifting through the Cosmicflows database constitutes in my mind what the 1911 expedition by Roald Amundsen represented then.

The Antarctic Poetry Exhibition is the world's first and only poetry exhibition in the Antarctic and aims to raise awareness of the important role protecting Antarctica plays in preventing the ...

Our insignificant extension in space is remediated by the various resources at our disposal. Cosmicflows-3 is by far the largest collection of distances as pertained to the local universe with some 18,000 entries. Given that the goal of the Cosmicflows program is to understand the motion of our galaxy with respect to the cosmic microwave background and provide a near-field measurement of basic parameters such as the Hubble Constant, I feel that the Wolfram’s spatial hypergraph would benefit from its data to build a model of the Universe that includes the distribution of matter and the flows of the Universe.

It’s mindboggling how intrinsically complex the cosmic web is,  how walls and filaments are woven into it, and how galaxies are distributed through it. Walls are found to be unlikely to rotate as substantially and coherently as filaments. They form regions that have gravitationally contracted into one dimension. A team of cosmographers led by Daniel Pomarède was able to delineate the morphology of a new structure. The South Pole Wall is adjacent to the Zone of Avoidance, hidden beyond the clouds of the Chamaeleon complex as if it were avoiding the spying eye of men. Its discovery has now outranked the Sloan Great Wall as the richest nearby galaxy system since it is twice as close. A strength of the Cosmicflows program is that it provides a reconstruction of the structures lying within the Zone of Avoidance using the gravitational influence they exert on galaxies lying nearby.

Words cast a spell on me every time. They are my strengths and my weaknesses. Some more than others. The word ‘avoidance’ would be on the top of my list along with ‘nothingness’. ‘Avoidance’ may refer to our reluctance to use a term or face a situation. It may imply that an overwhelming feeling restricts us or prohibits our actions. In this case, it defines our sense of powerlessness. It is our incapacity to see the unseen that we define as the Zone of Avoidance. Coincidentally, the Zone is where the Local Void largely lies.

Most of the matter that makes up our galaxy and that of our neighbors must have come out of the Local Void.

Entire patches of the sky may still be unexplored since they are obscured by galactic dust and star crowding. It is as if a city dweller was trying to watch the night sky. Even if obscured, I noticed that at least two papers last year, one published in August, the other in October, reported new detections in the Zone. There appear to be a filament connecting groups of galaxies into and possibly across the Zone of Avoidance towards the south.

In this place, silence has a voice
wide-ranging as the continent.
Some say it’s on the cusp
of madness, the way it hums
and stutters, mutters to itself
in quietest tones.

In this place, the universe brims.
Inside absence, presence.
Inside distance, dust
and our sleeping earth
dreaming beneath her thin blue
mask of ice.

In this place, the necessity
of memory, recollections
of a loved one’s face, shape
of laughter, weight of breath.

In this place, nostalgia
roams patient as slow
hands on skin transparent
as melt-water. Nights are light
and long. Shadows settle
on the shoulders of air.

Time steps out of line
here stops to thaw
the frozen hearts of icebergs.
Sleep isn’t always easy in this place
where the sun stays up all night
and silence has a voice.

At Home in Antartica, Claire Beynon

Voids are surprisingly interconnected. Since we know that substantial overdensities tend to be adjacent to voids, it isn't surprising that the Sculptor Void lies to the near side of the South Pole Wall and the Eridanus Void on the far side. With its core in the Chamaeleon constellation, the new population of stars in the southern celestial sky is likely the largest planar structure ever to be observed. Constellations are arbitrary groups of stars known for centuries. The Chamaeleon constellation, in particular, has been known and its location revealed on maps for four hundred years.  If indeed, the name of constellations hints at their shape, does it really look like a chameleon that blends into its spatial environment, camouflaged in plain sight like a wall in a cloud, a quark at LHC, or time itself? And, by the way, from the South Pole could I slide down the sphere to the other side?