Welcome to Poetry in Science - Poetry on Nautilus

Over the last several years, Poetry in America has partnered with Nautilus on a number of pieces exploring the links between poetry and science. We co-produced a conversation I had with Richard ...

Science in Poetry. Poetry in Science... In a collision between poetry and science, I have a recurring image in my head of the monk Bodhidharma floating in space, facing the arc of the Universe and staring at the horizon. I see him stretching his arm to reach to the stars and galaxies that hang on the starry wall. Some ideas linger more than others. One is the nature of historical causation in the context of the Universe. If some of us agree, as I do, that there is no predetermined outcome to cosmic and life events, we should nevertheless agree on the importance of the concept of causation in the history of the Universe. 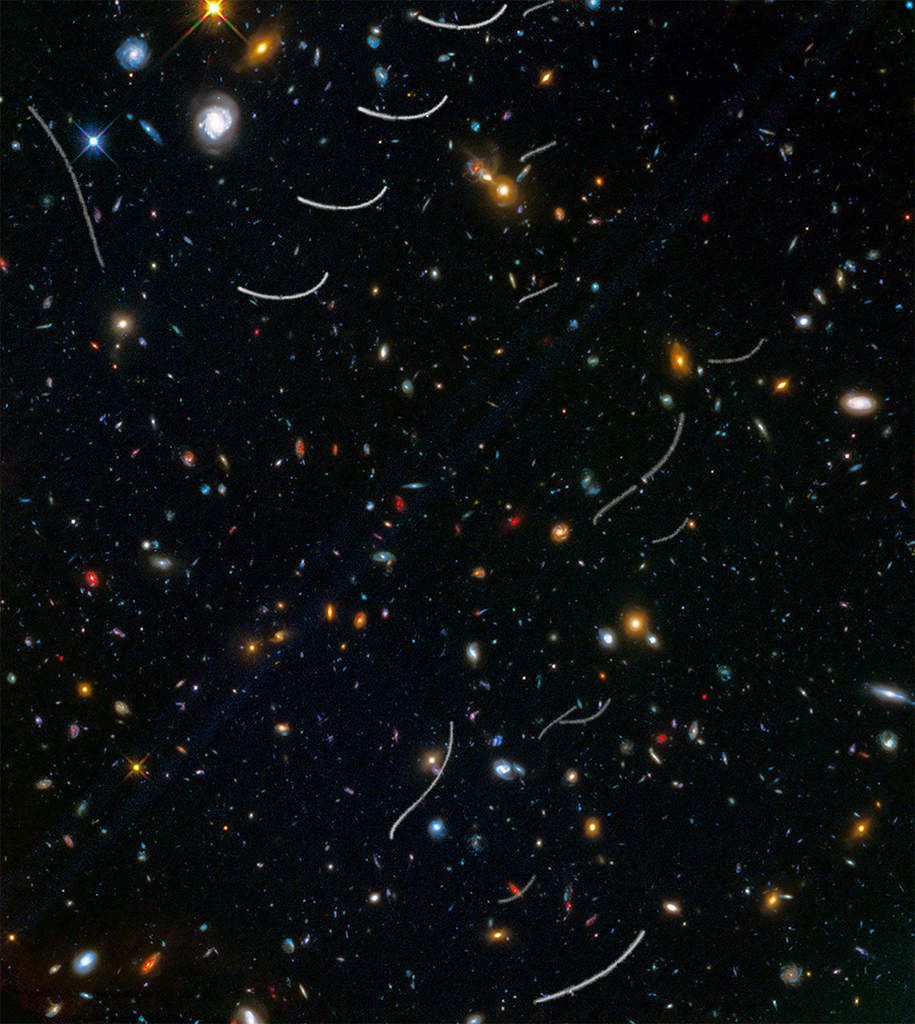 I wish the Moon would tell us how she feels when, on her surface, spacecrafts are landing, men are walking and Chang’E 4 is stepping into her dark side. I wish a novelist would tell the story of Matter falling into the breach of a black hole into another Universe.  I wish a composer would create a melody about a mathematical cul-de-sac called singularity.  I wish a Freud-like scientist would convince us that a cosmological black hole mirrors our own demise and echoes the unknown in the genome and in our collective and individual memory. Under the dictates of my own reason, I can only see Matter's ending where existence ceases.

I wish a wandering minstrel would recite a never-ending hymn about our Universe whose expanding waist is fed by microscopic degrees of freedom. I wish a balladeer would compose a ballad involving characters such as the dark-matter dominated dwarf galaxy Antlia 2  that crashed unto the barred spiral galaxy, that is our Milky Way. Since the first symbiotic stars discovered in 1932, we realized how not so common is the solitary nature of our Sun. I wonder what chain of events forbade it to pair with a fiery companion. Nevermind the turbulent fragmentation model that might explain how binary systems are formed, I wish a fiction writer would imagine a scenario in which an Antlia 2 like galaxy would collide with our end of the Milky Way and take away from the Sun his binary friend.

I wish a troubadour would perform a song about how galaxies die,  how active galactic nuclei quench star formation by consuming, heating, sweeping out and/or disrupting gas, how quasar-driven outflows from cold quasars powered by the accretion of matter onto a supermassive black hole are still affecting the host galaxies enabling them in their last breath to form stars. I wish a serenader would compose a serenade about a golden ring whose whereabouts is found in collapsars. I wish a film director would hold Voyager 2’s camera and take us away from the heliosphere on a one-way journey. I wish a filmmaker would make a movie about those animated characters, planet-hunting heroes named Kepler, TESS and Gemini.

I wish a poet would write a swan song about Opportunity’s passing a year ago in Mars’ Perseverance Valley. I wish a muse would tell the story of Icarus probing Earth’s atmosphere, crossing into the magnetosphere on his way to the solar flares and as he turned around one last time looking at Earth, he wondered what made a planet spherical. I wish a bard would recount the tale of invisible giants who propelled themselves,  jumped in with both feet from one exoplanet unto another making the planets shake and who juggled with asteroids throwing toward the Sun’s quarters Bennu to attract OSIRIS-Rex as if they were a family of saltimbanques. As they explore life-bearing planets like Earth, they breathe air and whisper winds as the only proof that they are here. I wish a historian would take on the task to tell us more about the epic battle between galaxies, how binary stars interact in symbiotic novae. I wish a wise man would explain what the Gaia hypothesis really means,  that we are germs in the ecosystem spreading on Earth, cells that grow abnormally on the surface of a living planet. Back to Bodhidharma, from his vantage point, I imagine him watching over the waltz of galaxies spinning with their binary stars. I wish a historian when writing about the Universe would not forget to describe with great details how star formation begins at different times at different locations within nebulae like the Carina Nebula Complex, producing a stellar population with a hierarchical, multi-clustered structure. Would a stargazer be able to express with words the mesmerizing beauty of the spiral galaxy NGC 2903? As Bodhidharma faced the starry wall in silence for nine years, doing nothing, totally inactive, he sat quietly, unable to truly depict the meaning behind our Universe. With his eyes spotting at the furthest object in the far end of the Universe, I see him staring at where it all begins. Would an astronomer tell me how a galaxy named SPT0615-JD fits in the cosmological history? Less than five hundred million years after the Big Bang, what did our young Universe whose relic radiation we inheritated look like? If we all come from Chaos and Chaos is an immortal, I wish he would come out and give us some answers. If Chaos were an immortal, he would know how it started.  I hope he took the time to travel around the billions of galaxies giving him the knowledge to write the story of the Universe, for I imagine him to be the one through whom information is transmitted for eternity. I wish a life scientist of a Matloff type would demonstrate to us that stars are living organisms invested with the gift of free will.

Be that as it may, it seems that one does not have to be a fiction writer, a poet or a film director to come up with the most interesting theories as I mentioned in earlier posts Verlinde's idea that space emerges together with gravity or Robles-Pérez’ suggestion that there may be two expanding universes from the point of view of their internal inhabitants, who identify matter with the particles that move in their spacetime and antimatter with the particles that move in the symmetric universe. I wish I could, even for a brief moment or in my dream, come face to face with the other side.

I wish Consciousness would gather all the stories of the Universe from past, present, and future and write the whole tale in the starry sky that all the scientists, historians, and poets would together be able to decipher.

Bertrand Russell once said that the concept of causation, ‘like much that passes muster among philosophers, is a relic of a bygone age, surviving, like the monarchy, only because it is erroneously supposed to do no harm’. Russell was probably wrong about causation. But his strictures apply perfectly to the concept of knowledge.