Even for a poet who sees connections between almost everything, connecting dots is a hard thing to do. I ought to step back, look with a broader perspective, and collect my thoughts. The short compilation of Dao De Jing 道德经 has always been a source of inspiration. There is a tradition of commentaries that allows for ‘degrees of freedom’ in the way original texts are interpreted. Philosophers and theorists are not different from writers of commentaries. Superdeterminism, Scale Relativity theory, and Agentive Cosmopsychism are among the most recent attempts to explain ‘everything’. The more theories are thought out, the more complex mathematically and linguistically they become, which gives the sense that differences matter more than similarities. Human knowledge is a series of fractals fed by our natural tendency to differentiate. I cannot seem to get my mind off the simultaneity of time flows. I heard the familiar call of an old friend Sunday. The white-throated sparrow has returned. Witch hazels seem to go counterclockwise, flowering in the Fall instead of Spring. Over 335 million kilometers away, Osiris Rex got a sampling of Bennu’s soil. NASA is confident that the spacecraft has collected more than 60 grams of material. If optimization and functionalism are fundamental properties of the Universe, transitions are not between order and disorder or vice versa. They occur between diversely organized states.   Whether it be time or life, processes aim at an unforeseen outcome in the infinite future. What is then the place of humankind in the Universe? Being can provide a condition under which usefulness is found, might say the Dao De Jing today, but the empty space is the usefulness itself.

…the future of humanism becomes a question of the future of the humanities, particularly in the contemporary university There may be three levels of consciousness in the opinion of Kerri Welch: the basic experience of ‘feelings’, the awareness of those bits of experience, and the self-awareness of one’s own consciousness, which includes the awareness of past, present, and future. Serendipity was at play when I was made self-aware of an interesting book series under the title of posthumanities, an emergent field of enquiry based on the convergence of posthumanism and post-anthropocentrism. As I was writing the post on the emergence of Consciousness, the first book that caught my eye was Alexander Wilson’s on the entanglement of sensation, cognition, and matter. With the larger goal of reinforcing our sense of usefulness and in the framework of posthumanism, priority must be given to feelings of empathy, sensitivity, and intuition. ...traditional humanism is no longer adequate to understand the human’s entangled, complex relations with animals, the environment, and technology. 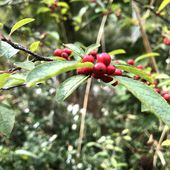 What the concept of ‘timelessness’ entails is that we are the ones who touch eternity.  In the words of Thomas Carlyle, we are in the center of Immensities, in the conflux of Eternities. Kerri Welch points out that the present is as much contained in the past as the past is contained in the present since “when we look out into space we are actually looking back in time”. But, correct me if I am wrong, it seems to me that the present is as much part of the past as it is part of the future for the observer who would look out into space from the other side of the Universe. Roger Penrose, who won the 2020’s Nobel Prize in physics, wrote a seminal paper in 1965, in which ‘closed trapped surface’ was introduced. He invented the notion that captures the possibility of getting away from a gravity field. Reinhard Genzel and Andrea Ghez, also co-winners, were rewarded for their contribution in the observations of stellar motions near the Galactic Centre that gave strong evidence for a central dark mass, suggesting that it is most probably a massive black hole at the center of the Milky Way. What does the concept of ‘present time’ mean from the perspective of a black hole? Moreover, if one would zoom out of the Universe, one would only see the simultaneity of time flowing backwards and forwards, between past and future. Where would then be the Universe’s Now? Timelessness never does, yet through timelessness everything is done. In the familiar image of a carriage and a horse, time is all at once the invisible carriage, the wheels, and the horse. There are material carriages in the Universe, too, like the glistening Milky Way led through the empty space by the horse named time. Whether they are in motion or exposed to oscillating energy waves, all objects may have wave properties because “they are composed of atoms that contain particles having wave properties,” writes Anna Ursyn. Although we do not understand the nature of thought waves and how they might propagate, insight, reason, memory, perception -- in other words, consciousness as a whole -- may all be “vibratory and have wave properties.” Waves and their associated frequencies are evidence of a universal language of sounds from which we may feel at times excluded.

Insight zooms out rather than in, bringing an idea into being rather than making a memory

The fact that posthumanism offers a new epistemology that is not anthropocentric and therefore not centered in Cartesian dualism appeals to me. Donna J. Haraway and other posthumanists are also concerned with blurring the boundary between human and nonhuman animals. The posthuman philosophy echoes, in my mind, what it would mean to transcend ourselves and evolve to a higher level of consciousness. Ibn Hassan coined the word ‘posthumanism’ in an article written in 1977 in which he explains the context of this new philosophy. In the modern era where telescopes, spacecraft, and other instruments significantly increase our insignificant extension in space,  “the figure of Vitruvian Man,” writes Ibn Hassan, “arms and legs defining the measure of things, has broken through its enclosing circle and square, and spread across the cosmos.” The cosmological extension of human consciousness   -- in other words, cosmic consciousness – is the force that pushes us towards posthumanism. 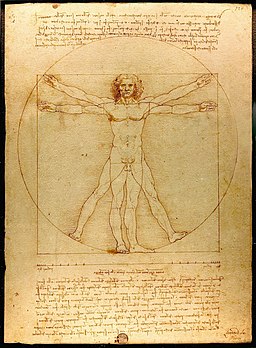