I gather my thoughts as I write and see more clearly what I have been trying to say that what binds Consciousness to the Universe is how every physical object feels the passing of time in the most personal and private manner. It isn’t a matter of whether the emotion of time, feelings, and consciousness exist. It is a matter of translating it. If we crack the code of time, we will solve the mystery of consciousness.

The emotion of time is the language spoken by the Universe. As death occurs, where does our consciousness that is information-driven go? Let’s pick up where we left off and tackle the information paradox in regard to us, humans. Since poets can only see the Universe through metaphors and analogies, they tell the story of life and death in black and white.  Our individual footprints fade away when death comes in a similar way as trapped quantum information would get lost with a black hole’s complete evaporation.

The story of a black hole evolving into a white hole should be read within the context of a universe whose expansion is fueled by the buildup of information.  A black hole acts as an informational traffic hub. Does the information end up caught in a black hole’s deep interior, or is it released from a white hole whose evolution is essentially the time reverse of that of the black hole? 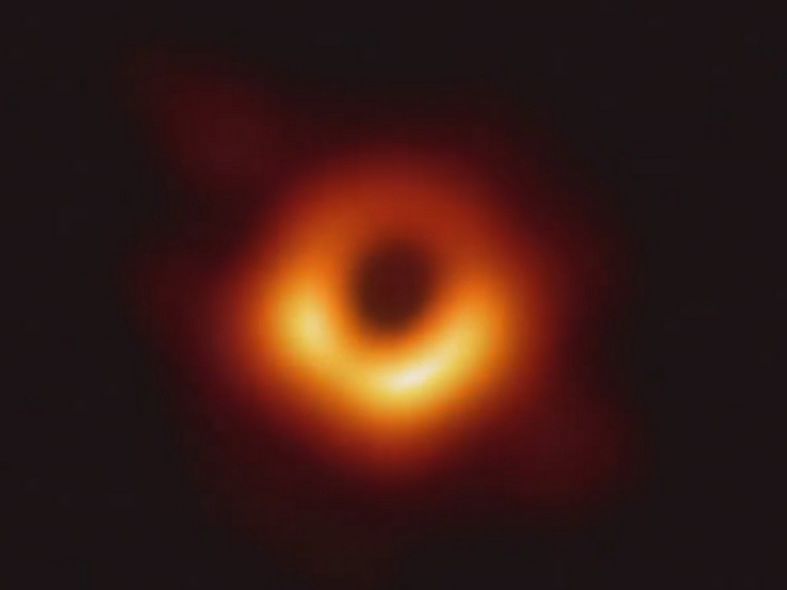 I imagine how some information falling down the throat of a black hole isn’t lost, but the data is compressed, waiting to be spewed out of a white hole. For the very first time, an image was caught using the Event Horizon Telescope of a supermassive black hole at the center of a galaxy 55 million light-years from Earth. This year, a picture of a black-hole powered jet was also published. A white hole, however, remains an astronomical object that has not been observed yet. If the Universe as a whole is subject to reversible processes, remnants of a black hole from a pre-big-bang phase may have been at the origin of a primordial white hole bursting at once in a bouncing scenario. Could there be a direct quantum tunneling from a black hole drawing in energy in one universe to a white hole spewing out energy in another?  It begs the question of whether a white hole crosses over through spacetime or from one universe to the next and whether it involves a wormhole structure between a black hole and a white hole of different mass. If white hole remnants are a constituent of dark matter, dark matter may have played a role in the Early Universe.

… if the system is subjected to reversible processes, the irreversibility doesn’t occur and the irreversibility footprint disappears and time becomes null. So, in completely reversible processes, the systems move only in the space component of the space-time, without having any movement in the time components. So, any completely reversible system seems to be able also to disappear in a space position and to appear in any other space position without spending time.

White holes were understood as the exact time reversal of black holes, therefore they should continuously throw away material. It is accepted, however, that a persistent ejection of mass leads to gravitational pressure, the formation of a black hole and thus to the "death of while holes". So far, no astronomical source has been successfully tagged a white hole.

Residual matter ejects at a single pulse when a black hole disappears or perhaps even before much evaporation has taken place. The white hole hereafter vanishes as well when the rebounding matter shell emerges, leaving nothing behind.  The very nature of such an event makes it difficult to observe. If white holes are only a short window through which matter is spilled out at once, they could surreptitiously emerge inside voids from where matter would then slowly drip and spill.

When a black/white horizon exists, the surface gravity at the black (white) hole horizon can be positive (negative). When they do not exist, the spacetimes have wormhole structures. In all these solutions, spacetime curvature singularities are absent.

As I stumble upon a section of Nolan & Hawthorne’s paper on teleology and backward causation, I wonder whether the theory of double causality could be at play in the back and forth between a black hole and a white hole. Could white holes spew out antimatter in a scenario in which two universes are both expanding from the point of view of their internal inhabitants, who identify matter with the particles that move in their spacetimes and antimatter with the particles that move in the time reversely symmetric universe? Can such a mechanism be looked at as a recycling device in which nothing gets lost but is being converted into particles which, in turn, are being tunneled from one universe to the next? Or could particles be traveling back from the future and mingle midway at the bottom of the “pit” with positive-energy particles traveling forward in time?

But for now, let’s stick to a more familiar view of the arrow of time and see the “creative advance of reality”* as it is “intrinsically experiential”.  Black holes have an intrinsic dimension where particles of a wayward star are shredded by their gravitational pull and tunneled to the other side. And from the other end, quantum processes burst into macroscopic matter. What comes in and out are elements of reality. The Universe comes to know itself through them, experiencing all its potentialities. Wings of earthly feathers lift my mind as I look from above the shedding of the human body and liken the after-life to a white hole. But then white holes do not physically exist, Roger Penrose insists. 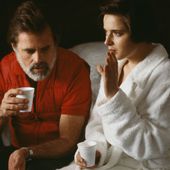 I caught this insight on the way and quickly seized the rather poor words that were closest to hand to pin it down lest it fly away again. And now it has died of these arid words and shakes and ...