Hampered by a cloud of confusion, my moon-like mind can’t see the forest for the trees. An inexpressible feeling hangs off the tip of my tongue, a story I can’t convey in which time, the Universe, and Consciousness are brought into play. “Look at these thousands of globes in this narrow corner of the universe, ” wrote Louis-Auguste Blanqui in 1872,  “and remember their history. A conflagration pulled them out of the bosom of death and launched them into space, as immense nebulae, the origins of a new Milky Way”(1).

Often at night, sometimes
out in the snow or going into the music, the hunch says,
"Deeper."
I don't know what it means.
Just, "Push it. Go further. Go deeper."
And when they come talking at me I get
antsy at times, but mostly I stay put and it keeps saying,
"Deeper. This is not it. You must go deeper."
There is danger in this, also
beautiful fingers and I believe it can issue in
gestures of concord; but I
cannot control it, all I know is one thing—
"Deeper. You must go further. You must go deeper. 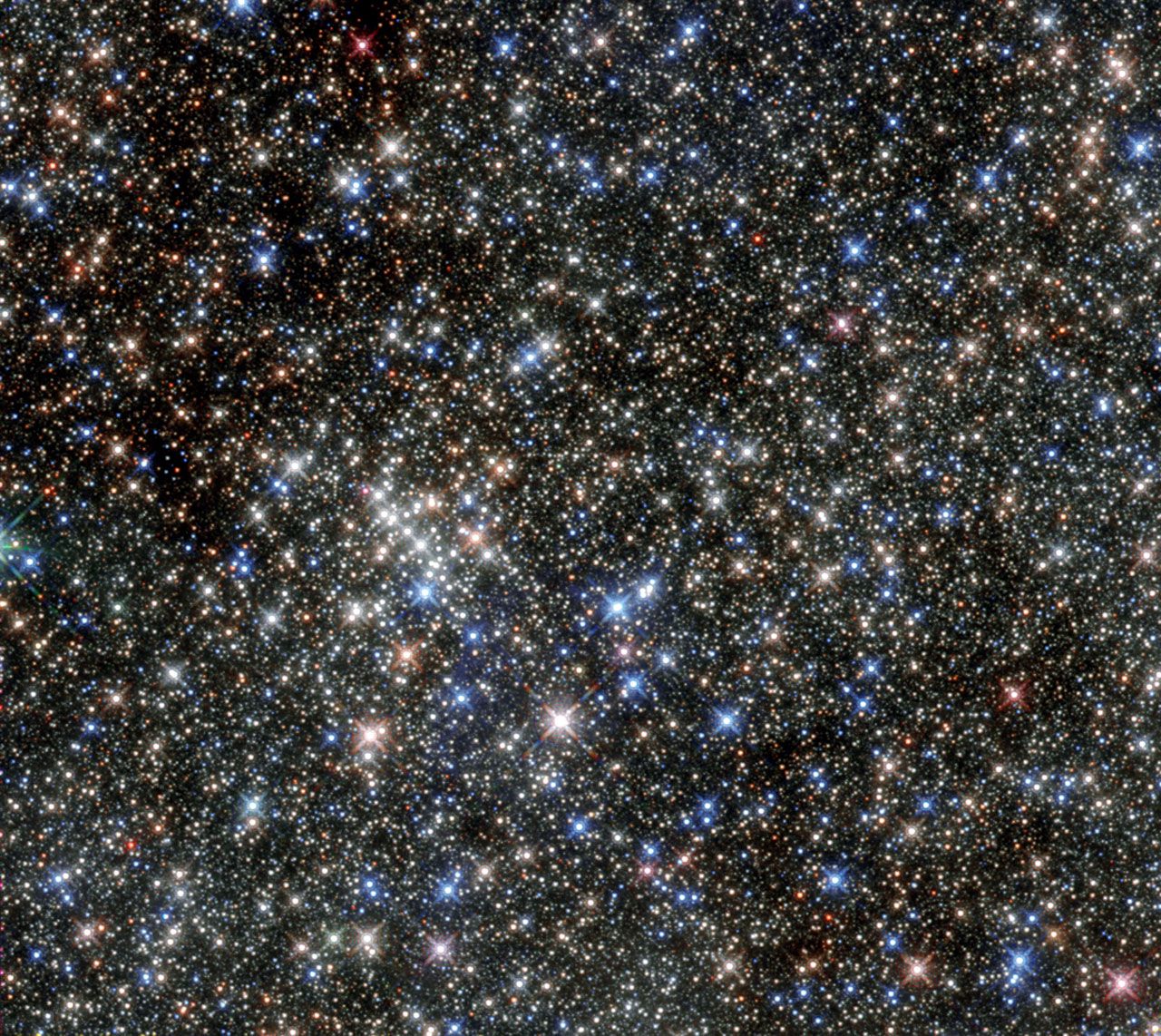 In a Universe of process, time, and evolution, what we call ‘death’ applies to events from the breakdown of an atom to the transitory stage in the evolution of stars. The history of the Universe may be a story of life and death from star-forming clouds to the extinction of dinosaurs.  It is a common feature, a natural event. Life and death intermingle. The Quintuplet cluster contains a number of red supergiants that will release upon their death vast amounts of energy heating dust and gas between other stars. The Atacama Large Millimetre/submillimetre Array has observed a star engulfing the other, fighting it out to the death. At least one in five planetary nebulae have their origin in this kind of common envelope evolution and red novae may also result.

Blanqui’s use of the term ‘death’ reminds us of how we allow ourselves to make analogies between life and cosmic events. I once imagined that, when matter falls into a black hole, it may be what death feels like to our mind and body. Since the early Universe, when two galaxies merge in a cataclysmic event, black holes in their centers coalesce. The Advanced LIGO and Advanced Virgo detectors observed in May 2019 a short duration gravitational-wave signal consistent with a binary black hole merger. It happened 7 billion years ago at the same time that an enhanced star formation occurred in our own galaxy before our Sun came into being when some of the oldest grains of the Murchison meteorite were formed.

Mergers may happen between black holes of various sizes. In the case of a smaller black hole embedded in the accretion disk of a supermassive black hole, it may unfold the same way as with the migration of a planet in a protoplanetary disk. An extensive study describes a multiple set of circumstances involving the interaction between black hole binaries and a supermassive black hole at the center of a galaxy. Models have shown that more than 70% of binaries would merge within a Hubble time via the combined action of stellar hardening and gravitational wave emission.

As I attempt to draw death on the blackboard of the Universe like a chalk shape of a jump into nothingness, death analogies pale in comparison when it comes to laying out what is actually on the other side, what occurs on the edge of a black hole, what a merger would mean to the structure of black holes. And when I struggle to imagine what ‘nothingness’ is, its implicit stillness is inconsistent with matter clearing out voids and disappearing into black holes.

Ted Honderich writes that radical externalism is the general proposition that what it is to be perceptually conscious is for a world in a way to exist. Analogies, and in particular death analogies, are our way to express that something like a black hole resonates with us, that there exists a shared resonance that we can’t quite explain. Could the evolution of living things mirror that of stars and follow a process similar to stages of stellar lifetimes? A detour to the wealth of scriptures, commentaries, and translations in the field of Buddhism will warn us against a cognitive veil,  that is a human consciousness “that projects and superimposes false notions and presuppositions on to reality, by which we mistake our interpretations for reality itself” (2). There's a place I go, inside myself,
Where nobody else can be,
And none of my friends can tell it's there—
Nobody knows but me.

It's hard to explain the way it feels,
Or even where I go.
It isn't a place in time or space,
But once I'm there, I know.

There's a place I know inside myself,
And it's neither big nor small,
And whenever I go, it feels as though
I never left at all.

Buddhism, I feel, takes us on an inward journey as opposed to a cosmic quest facing outward. Both perspectives are complementary to each other. Peace of mind and closure are necessary to lift the heavy sky that weighs like a lid and to free ourselves from the prison of our own making, so we can step out to search for answers. As we take the journey inward, we come to the following conclusions: First, in our attempt to describe what the Universe looks like, our anthropocentrism affects our ability to construct images in our head. “Any description would encourage conceptual reductionism. Some imaginings might be more accurate than others, but they remain imaginary either way”(2).  Second, our own self-experience of an act of will leads us to infer that any instance of motion, movement, and action on the part of the Universe is likewise the expression of an act of will and, therefore, an evidence-based form of consciousness.

... we experience in ourselves that when we act (and for instance when we speak), our action is preceded by a will to act. So when we witness an action that has not been preceded by our own will to act, we can infer that this action was preceded by a desire to act that does not belong to our own stream of cognitions – and this other willing entity must be another conscious subject.

When our time-bound body imperceptibly feels life slipping away from it, we are faced with the fleetingness of our own individual self. We wonder what is, after all, our calling as a species. Death, in a sense, is a sign that we are part of the overall structure of the Universe, nothing more. I can’t think of anyone who could embody better our experience with the end of life than the philosopher Herbert Fingarette in his own words. But what does the Universe look like from the other shore?

To find closure with the death of our physical body, we formulate the theory of the “release of consciousness in the form of energy”(4) and conjecture with Bernardo Kastrup that cosmic dissociation ends when death comes. And if we consider the fact that it is “the world coming to know itself through us”(5), information becomes paramount in the Universe for which we only are a conduit for knowledge. But since nobody has returned from the other side to explain how it is -- except for ghosts visiting us in our sleep -- we may take comfort in looking at life and death as a teleological causation, convinced that all things have a natural end, or telos, at which they aimed as a way, through adaptation and evolution, to keep things flow.

The mind contains an underground source from which a stream of thought runs outward to follow its own twists and turns,  unwilling to give a direction to its path as it fully embraces sparks of discovery. Intuition is its only rule, its only discipline.

... it is possible to imagine, explore, and promote forms of consciousness that enhance awareness as well as dissolve the artificial illusions of self and separate identity.

(1) Louis-Auguste Blanqui, Eternity by the stars translated by Frank Chouraqui

(2) Dan Lusthaus, Vasubandhu/Xuanzang and the problem of consciousness

(3) Isabelle Ratié, Some hitherto unknown fragments of Utpaladeva’s Vivṛti (I): on the Buddhist controversy over the existence of other conscious streams