To paraphrase what I. M. Pei once said about architecture, the Universe is a form of art whose medium is space. In the pitch-black skies, there are holes and wells of a darker nature. Those are voids. Some are expanding faster than the Universe itself. Even blue galaxies are deserting their kingdoms. The Universe will become a Mega Void eventually when all the flashing lights turn off. From voids in the clouds to voids-in-void, that is how the story goes. A void-centric view of the Universe is laid bare against the background of the unknowable eternal Now. 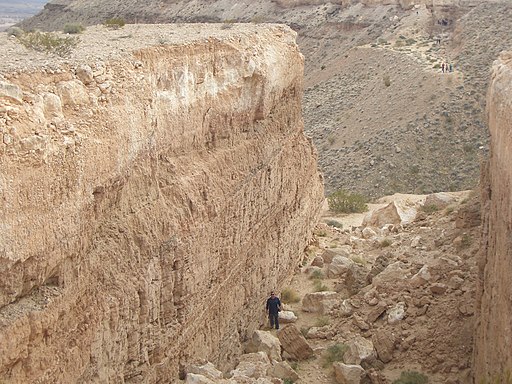 Recent Michael Heizer Publications: William L. Fox, founding Director of the Center for Art + Environment at the Nevada Museum of Art, who has previously written extensively about Michael Heizer's ...

While architects assemble materials in order to create, stone sculptors chip away ‘matter’ and blow the breath of the ‘Void’ into their sculptures. The Void is the primordial well from which the flow emerges, and so, the flow is the breath of the Void.  Cosmologists may agree that it is an “eminently dynamic and active” * element of the Universe. The Void is singular and plural. It is the spatiotemporal foundation of the cosmic web and fulfills its functional role ubiquitously. Theoretical studies have shown that voids occupy more than 50 percent of the total volume of the Universe.

The French sinologist François Cheng expressed our puzzlement over the concept. The Void is the bridge between the Noumenal and the Phenomenal. In the phenomenal realm, words like  ‘non-being’, ‘nothingness’, ‘emptiness’ and ‘void’ are often interchangeable. It goes to the root of what it means: Is void non-matter? The fact that it stems from both the noumenal and phenomenal world would imply that those words actually differ. Nothingness would amount to a perfect void, an absolute vacuum state.

But, voids are underdense regions. They are bubbling seas of elementary particles, cauldrons of unknown baryonic content. In reality, matter is sparsely distributed within voids. Magnetic fields populate them.Void and matter struggle to find a balance, encroaching on each other's territories. In the ternary relation between Consciousness, the Universe and the Void, the Void is the point of origin as much as it is the central element in the inner workings of the Universe.

Traditionally the formation of structure is viewed as hierarchical buildup of smaller dense clumps of matter into ever-larger objects. We take the dual perspective where structure formation is seen as the emptying out of void regions onto the walls, filaments, and clusters that surround them.

Constraints on Cosmology and Gravity from the Dynamics of Voids

We live at the edge of the Local Void, which mainly lies in the Zone of Avoidance. It begins at the fringe of the Local Group, whose motion away from the Local Void is consistent with its expansion.  Are voids pushing matter away, or is it the other way around? As matter coalesces, does it drive them away? As the Local Void grows, two dwarf galaxies have been observed moving away from the center. Because matter evacuates from voids and builds up over time, most of what makes up our galaxy and that of our neighbors must have come out of the Local Void. The evolution of voids is ruled by the joint action of gravitational attraction, that empties voids by pushing material towards their boundaries, and the expansion of the Universe, that also enlarges voids by diluting the space between galaxies

Voids come in all sizes and shapes. The Local Void is part of a continuous network that extends to a complex system of sub-voids  -- the Eridanus supervoid -- that is almost perfectly aligned with the Cold Spot. Supervoids are recognizable by their central cold spots surrounded by hot rings of superclusters. Other voids in the Local Universe are Hercules Void and the Sculptor Void. Voids are interconnected and gather in clumps. That is why their boundaries could be arbitrary. Some are embedded in under-dense large-scale environments that appear to be expanding while others with over-compensating walls are contracting.

Because they are freely streaming, neutrinos can penetrate the interior of voids more easily than cold dark matter or baryons, which makes their relative contribution to the mass budget in voids much higher than elsewhere in the Universe.

The bias of cosmic voids in the presence of massive neutrinos

We do not understand their morphologies, but the existence of neutrinos may be suppressing the abundance of small voids while boosting the number of large voids found in the halo distribution.  Voids are mostly devoid of dark matter. What is left of it -- in or around them -- affects their shapes, resulting in their ellipticity, with the larger ones becoming more spherical. Because voids have only evolved minimally, they are fundamental to our understanding of the early Universe. Voids are the most dark energy dominated regions in the cosmic web.

The dynamics of voids have been affected by dark energy for a longer time and therefore the imprint of dark energy is stronger within them.

Currently, a few methods are used to help with the identification of voids in the Universe, notably the Significant Cosmic Holes in the Universe (SCHU) and the Void IDentification and Examination toolkit (VIDE). The Sloan Digital Sky Survey has also proven to be a valuable resource for the study of cosmic voids. Void finding algorithms and large-scale spectroscopic astronomical surveys -- such as the Dark Energy Spectroscopic Instrument (DESI) and the Spectro-Photometer for the History of the Universe, Epoch of Reionization and Ices Explorer (SPHEREx)  -- as well as upcoming instruments like the Space telescope Euclid, the Roman Space Telescope (WFIRST) and the Rubin Observatory (LSST) will enable the compilation of vast new catalogs of clusters and voids.

A rainbow draws a circular arc in the eastern sky during a rain shower. Two Carolina wrens come out of their nest hidden in a pile of wood logs. Instead of flying to the closest bird feeder, they carefully hop on the fence just like chipmunks and squirrels do. On top of the roof, another one calls its mate while a ruby-throated hummingbird flies to the young tulip tree.

Life without you, cause without reason.

A sordid parasite that eats at my core.

All that makes me whole, all I hold deep within,

Leaving me lifeless, or at least not livin'.

A shallow face, anguished and marred.

An empty space, scaled and scarred.

Sweetly abiding to a cynical charade.

Still, lost within this heart of glass,

This fragile and yet unfeeling mass.

Lies the remains of a love that glowed,

The gift to you I once bestowed.

But honor and pride now bereaved-

By your love for me so misconceived,

Ripped from my inner depths, impeding-

Mind and body and spirit, bleeding;

Now's crushed to sand from thy ruthless hand,

At least my soul and all that's underlying.

A simple void, is that what I've become?

The hollowed sphere on a pendulum.

Swinging back and forth, emotion to emotion,

Never once stopping, nor slowing the motion.

No reason, no answer, no justification.

The creation of a sterile imagination.

Just passing through time as time passes me.

Merely a nothing- nothing, merely, left to be.

Sightless and soundless, unseen and unheard.

Mindless and boundless, obscure and absurd.

I live my life dying, unembraced, a void.