The evidence for a new Age of Wonder would be a shift backward in the culture of science, from organizations to individuals, from professionals to amateurs, from programs of research to works of art.

It has been a year. Twenty-four posts reflecting on the nature of the relationship between the Universe and Consciousness. The lessons I learned and what I remain convinced of is that Poetry and Philosophy are part of the new Age of Wonder, of a participative approach to the unveiling of the Universe. I plan to post one or two articles every month for the next twelve months, still resolute in striking the right balance between academic rigor and a sense of poetry.

On this first anniversary, I pause and dwell on the symbolism of Richard Powers’ book, The Overstory, hoping for a poetic intermission. What is a tree? I asked. Can it feel my touch? Can it communicate? Let’s imagine a tree that dominates its surroundings, a witness of what unfolds through time, a guardian of memories. And now let’s imagine a more imposing, invisible tree overlooking the Earth and humanity. This is how I feel about Richard Powers’novel.

I started to read The Overstory and felt as if it were narrated by a tree that sees time differently from us as life events occur in a blink of an eye, “a couple of new fissures, an inch of added rings”. From kings in the forest, some have become lone lighthouses “in a grain-filled sea”, hopeless souls in the brutal landscape of cities. Is it our existential anguish that binds our souls to trees?

Hope however is what is given to us by those lone lighthouses -- an inspiration to guide us into the future. I seek to discover in the midst of nature the symbolism attached to every tree, stone, and animal. As we are standing upright on our two feet, so do trees, “vertical passages” between the Earth and Heaven. Solitary figures or multiple figures lost in the landscape. Filiform bodies, stripped of substance, erased memories in a city skyline. Trees, like threads, stretch and extend bridges between the telluric entrails of the Earth and the sky. In a life-and-death struggle with urbanization, deforestation, and pollution, trees are not crippled. In the long run, individual shadows have disappeared and yet reappeared miles away. In a surprising story of survival, seeds are constantly in motion. 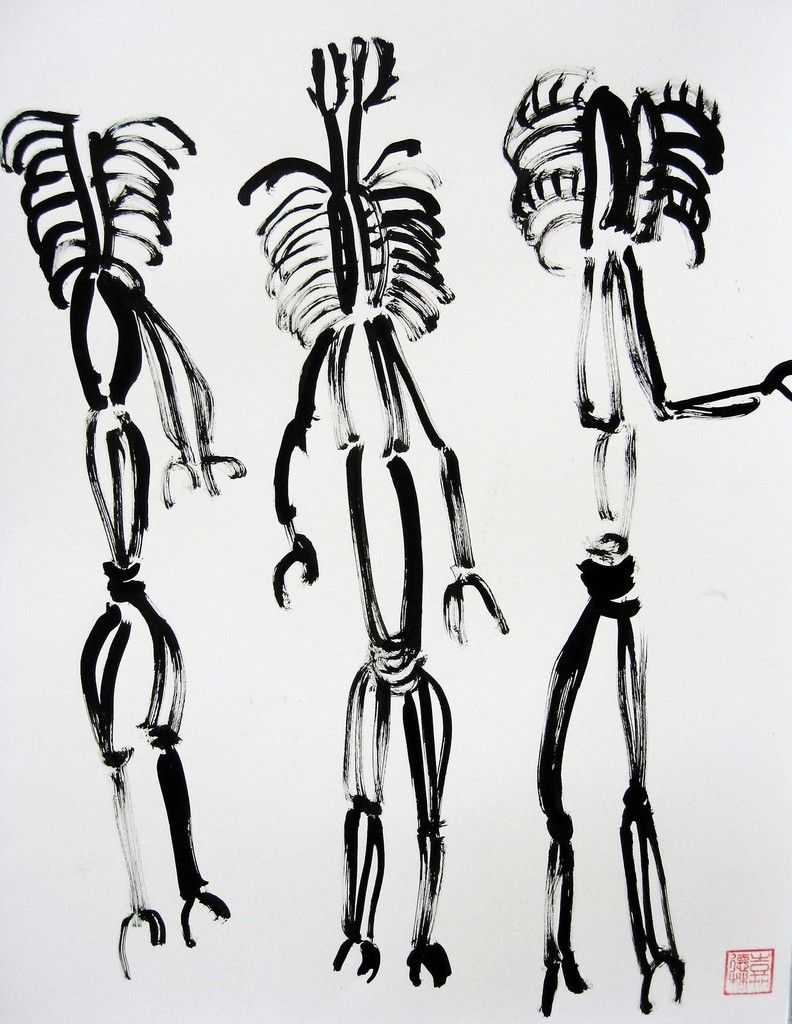 Under the cosmic vault revolves the Earth around the Sun, populated by billions of beings and their inner selves, cloaked in disguise, with their face masked even in solitude. Trees witness our demise, the way our mind, disconnected, is wrapped with emotions, searching for the threads that our physical hands can't grasp. Trees witness our transmogrification at every stage of life in the quest for order amid chaos and a new representation of ourselves.

I reflect upon what I wrote over the past nine years and remember that I saw a calcined trunk as I wandered along the edge of Namadgi National Park outside Canberra in the summer of 2013, catching sight of kangaroos. In my mind, full of preconceived images, its form reminded me of the figure of a Chinese scholar carrying the wisdom of the world on his back, frozen in time and mindful of the loss of life on the hunting grounds of humanity.

Of course, trees would not stand the comparison with stars. But there is no need to look at the sky to contemplate the many facets of time, short and long manifestations of physical beings. Trees have their own sense of becoming. As time passes, whether banyans, oaks, or sequoias, they will witness the replacement of billions of human beings, including me, by an even more significant number within a hundred years. Trees attend every fall, the flight of leaves blown in the wind like flocks of birds. However immovable they appear amidst overgrazed lands and urban neighborhoods, they are intrinsic actors in our life and sometimes the only tangible link we have with our distant past, when old-grown forests were kingdoms on Earth. Above the canopy of the Universe, what is the ontology of becoming?

Consciousness is the overstory above the canopy. Humans are a brief episode in the universal process while she evolves delivered from the yoke of matter and time in her pursuit of the adjacent possible. As we can only observe the areas, at the equator of the Sun, where the magnetic field is rooted in dark spots as large as multiple earths, would she reveal to us the view over the solar poles?

Trees with their rainbow-like canopy touching the sky, are living forms with a greater extension in time than we are.  Time is an intangible concept shredded into intertwined layers. Some layers buried deep form an even more intangible past. Our vanished memories have become undetected signals emitted by brain cells. Time gathers multiple flows within one flow, loops of temporalities hanging from a single flow.

Time was not a line unrolling in front of her. It was a column of concentric circles with herself at the core and the present floating outward along the outermost rim.

In a new Age of Wonder, I gather crumbs of random bits. There is the flow of things and the things that make up this flow. Bergson was right: we have learned to spatialize time. Under the cosmic lid, our linear time moves forward, sliced in an infinite space-time. Each slice constitutes a whole universe. Is time a fundamental property of reality or just the macroscopic appearance of things? It is through a multitude of superposed layers collapsing into integrated information structures that consciousness has emerged. Randolph Kloetzli refers in Buddhist cosmology to "those structures of space and time which transform chaos into a "world," i.e., structures which support and sustain life." He adds that the cosmos "must not be understood as the physical universe, but rather as structured reality at every level, whether physical or spiritual." (p.19).