Jean-Paul Sartre, Being and Nothingness, Introduction

The word ‘being’ is often used followed by another word to specify a property as if just ‘being’ was not enough. On the Art of being, I mean “to exist”, I see the Universe through the eyes of a child. It is said that true happiness is the Art of being present. As I witness the universality of being, I am conscious of the fact that the Universe is and all things, including celestial objects, are, regardless of whether they are observable to us. I stumbled upon a roadblock and found myself unsure of how to proceed. I raised the question of ‘being’, sensing the presence of the surrounding Universe. Asking the question of ‘being” raises the concept of individual entities with specified properties.  On that early evening of July, I asked myself, as in the story of the falling tree, whether the Moon still swung by Jupiter in the sky when I closed my eyes. Nevermind my own five senses, the Moon, Jupiter, Saturn, and all the unseen heavenly bodies exist, setting off in my own mind a diffuse sense of being spreading out over all things in the Universe.

There are many ways to be. Since the first detection of 51 Pegasi b in 1995, 4,016 exoplanets have been confirmed while a comparable number of candidates are yet to be defined as such. Sofar, fifty-two are deemed to be potentially habitable. Some revolve around a red dwarf star, others are in orbit around a triple star system, such as  GJ 667 C f,  GJ 667 C c, and  GJ 667 C e as well as  Proxima Cen b. If they could sustain life, what would it be like to stare at the sky? For Poetry senses that being is plural, it does not shy away from expressing universality with a bundle of analogies as a means to capture the ontological structure of the Universe.  What we call ‘being’ may be a transitory process through which, in 5 billion years, Titan will be the habitable one for the Sun will grow into an even more massive fireball.

Among the stars in the night sky wander the eight-plus worlds of our own solar system-each home to truly awe-inspiring sights. Volcanoes three times higher than Everest, geysers erupting with icy ...

What does ‘being’ mean? philosophers ask. Information defines the act of ‘being’, Scientists answer. In search of mental clarity,  they see the Universe as a causal chain in a seamless information flow. All finite things are ‘conditioned’, we are told. In a universal balance between agents and patients, subjects and objects reality emerges and in reality, causation drives the seen and unseen physical motion of all things in the Universe. We have formed in our mind a mental picture of what we know of the Universe, and so creating an architectonic structure built on the principle of information-based causality. Information, and in particular quantum information, is the most fundamental aspect of reality, and not energy or matter (Vlatko Vedral, Decoding Reality: The Universe as Quantum Information, OUP, 2012).  As we confront the observable Universe, we may be tempted to take a reductionist approach.

If there is an infinite number of parallel worlds all encompassed in a single quantum state of the Universe and if we apply the theory of double causality upon which the past and the future play an equal role in the determination of that single quantum state, may we ultimately say that the “final cause” of every one of them is evidently that which it was determined to be? Against this backdrop, I wish to know what ‘being’ is. To be is a state of ‘being singular’ in a multitudinous way. It is a ‘singular state’ of quantum information whose physical and biological evolution we can not say. Should we genuinely infer the existence of general patterns in the nature of ‘being’? With my eyes closed, I feel the moon and the Sun and in the July sky Jupiter and Saturn and the drifting asteroids, and I begin to think of the next chapter and what ‘teleology’ means. How to spot the radiant point for the Delta Aquariid meteor shower, going on now. Plus ... why meteors in annual showers have radiant points. This upcoming new moon will bear the name Black Moon ...

I read about the protoplanetary disk of PDS 70 and the subsequent discovery of its planets PDS 70b and c as well as a the circumplanetary disk around PDS 70c showing signs of moon-forming. The observation of planets in their formation stage is a crucial, but very challenging step in understanding when, how and where planets form. From child to adult, the planetesimals undergo inside-out growth amplified by the combined effects of collisional evolution of solid bodies and interactions with a dissipating gas disk. I imagine their embryonary consciousness plagued with “clouds of inferiority”* in their mental skies. I read about a so-called ploonet when large regular exomoons escape the pull of their parent planet, becoming small planets by themselves. If some of them survive to the almost unavoidable fate of colliding with the planet or the absorption by the host star, a late-type of planetary embryos around the star, or even fully-fledged small planets on their own, may arise.

It is this inside-out growth that differentiates planets from each other, like Earth from Mars and when we see Mars depleted of its magnetic field 2.6 billion years ago, we imagine what Earth may look like in a distant future. A process that seems to contradict any form of free will on the part of planets but reinforce the assumption of a cosmological natural selection. If "man’s inhumanity to man"* is a reflection of the Universe in the way that Antennae Galaxies are clashing, the Polar-ring galaxy NGC 660 shows signs of victory in its belt of gas and stars around its center ripped from a near neighbor during a clash about one billion years ago and when asteroids or other planetesimals are relentlessly bumping each other in a solar-type system like BD+20 307, what does it say about the cosmological natural selection? 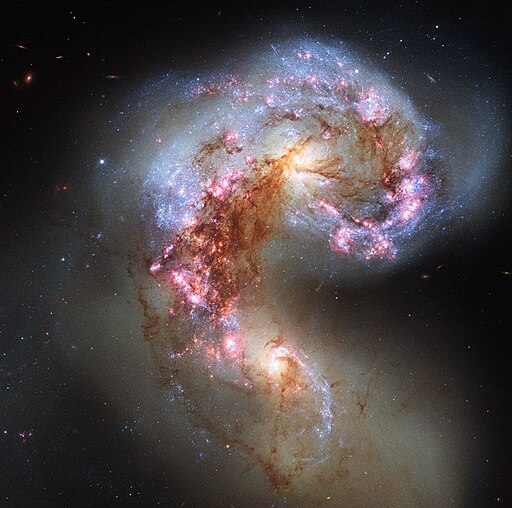 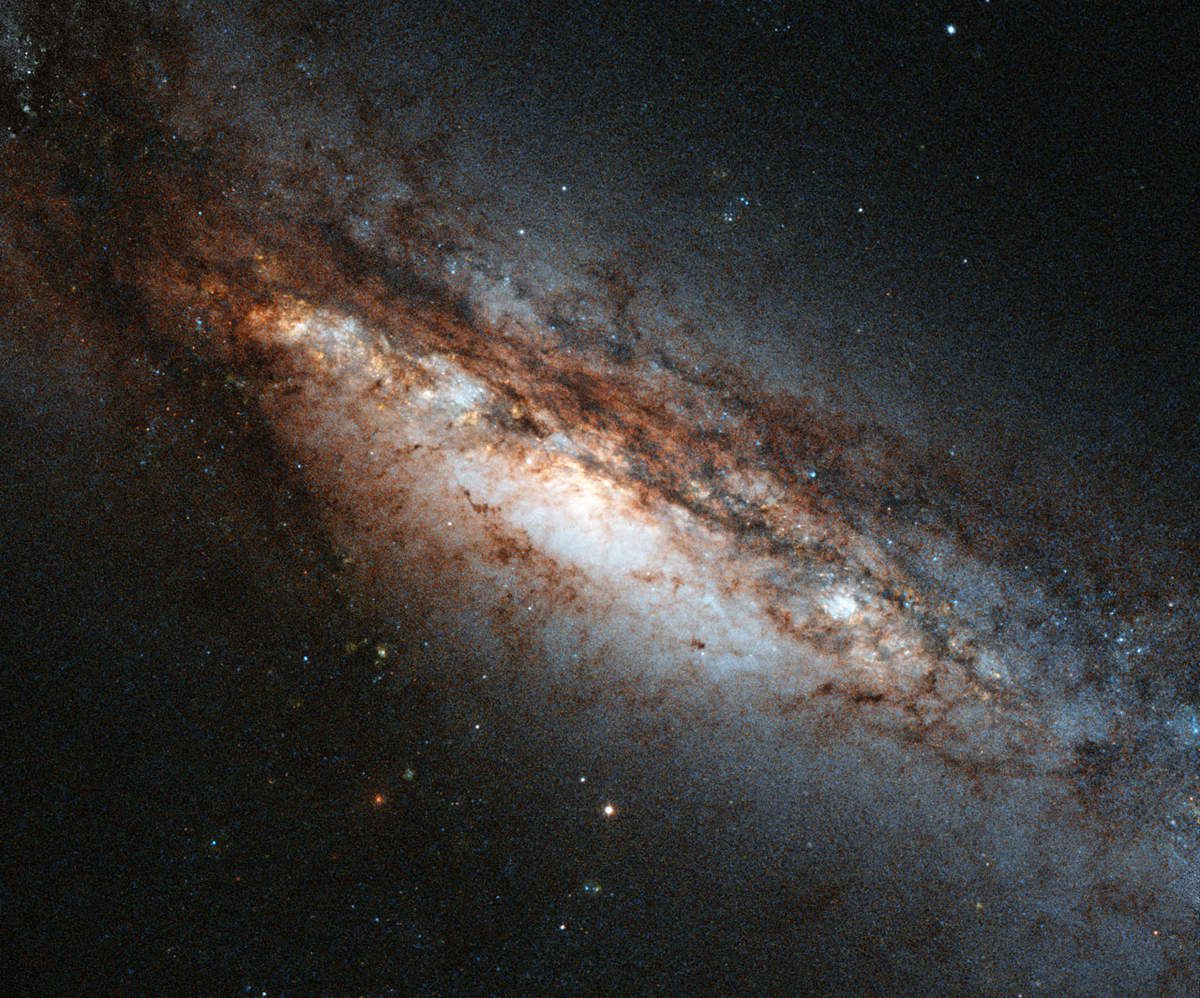 I wonder whether there is in all things a tug-of-war between positive and negative forces, like when two neutron stars collide or in the case of an interacting pair of disk galaxies. "The line of progress is never straight"*. I wonder what the nature of ‘being’ is and where "we go from here"*. 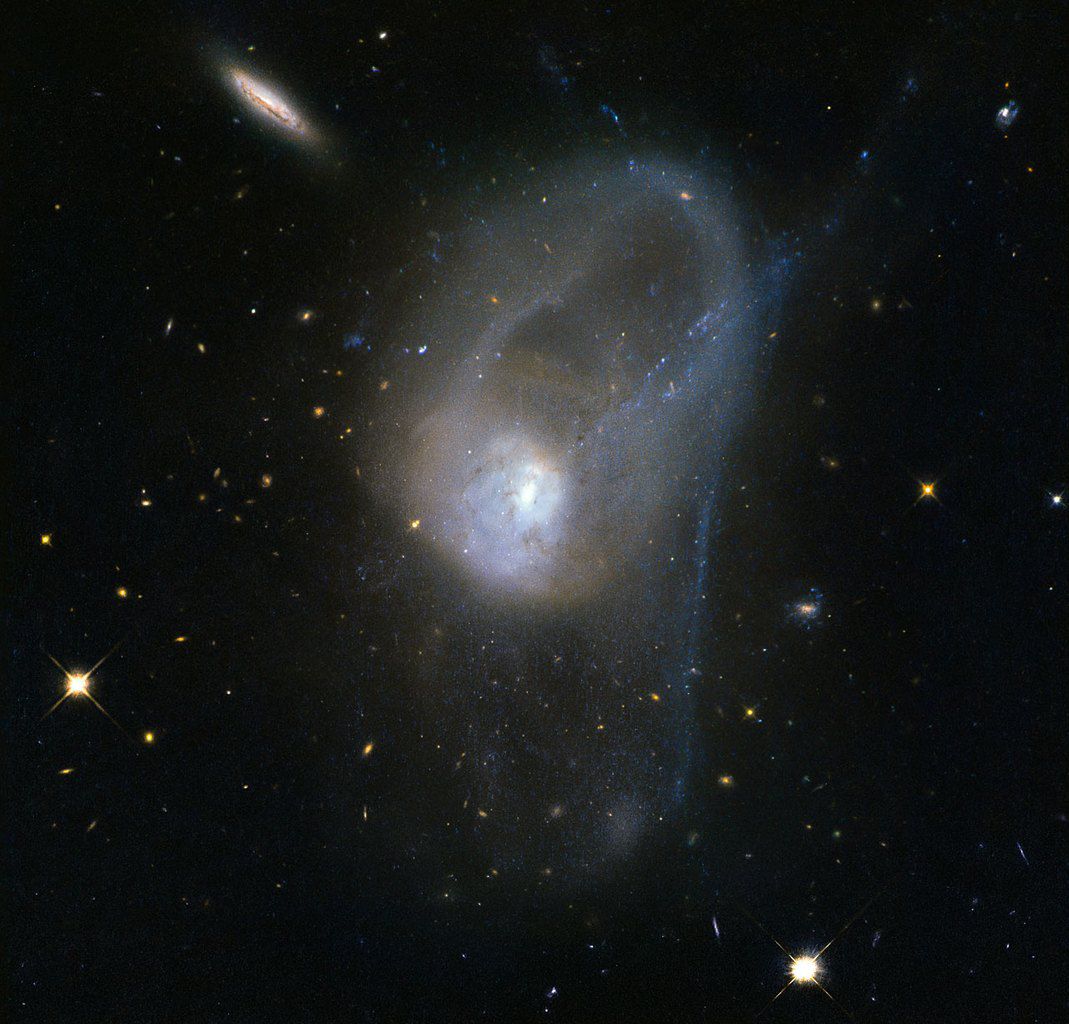 As we debate about the physical nature and historical origins of Consciousness in human evolution, our reason leads us to believe that life preceded consciousness.  If ‘being’ is another word for life, I imagine life with its share of inner and outer suffering and if we grant some level of consciousness to stars and other celestial bodies, I wonder whether the compact yet massive, fast-spinning, disk-shaped galaxy MACS2129−1 that stopped making stars only a few billion years after the big bang could be holding on to “physical life amid psychological death”*, and whether a dying star, like T Ursae Minoris in the midst of thermal pulses, an asteroid 6478 Gault whose self-destruction we witness or even our struggling planet could be haunted “by a nagging sense of nobodyness and constantly fighting to be saved from the poison of bitterness”*. I dig deeper into the well of imagination and feel the need to paint the astronomical objects with the same brush used 50 years ago to describe our human existence. I can’t help but wonder whether the act of ‘being’ and misery go hand in hand in the Universe.  Such a reckoning would presuppose an even higher development of Consciousness**.

*Martin Luther King, Where do we go from here: Chaos or Community? (1968, Beacon Press) 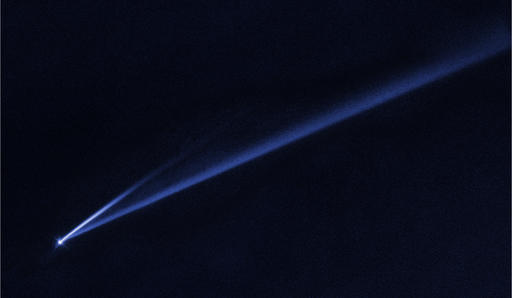