When the shadow with fatal law menaced me
A certain old dream, sick desire of my spine,
Beneath funereal ceilings afflicted by dying
Folded its indubitable wing there within me.

Luxury, O ebony hall, where to tempt a king
Famous garlands are writhing in death,
You are only pride, shadows’ lying breath
For the eyes of a recluse dazed by believing.

Yes, I know that Earth in the depths of this night,
Casts a strange mystery with vast brilliant light
Beneath hideous centuries that darken it the less.

Space, like itself, whether denied or expanded
Revolves in this boredom, vile flames as witness
That a festive star’s genius has been enkindled.

Some concepts are magnets. Aesthesis, explains Alexander Wilson, is the “process by which seemingly necessary truths emerge from the compossibility of contingent events”. It is cognition’s interface with the unintelligible. Is there a reality beyond ourselves? For the sole purpose of this post, I will determine reality to be what we think we know. The transcendental correlationist, adds Wilson, “is forced to say that what exists outside the correlation is nothing but indeterminacy.” Our blurred vision, when faced with the absence of reality, fails to distinguish not just what is unknown but what is unimaginable. Aesthesis is the “genesis of the conditions of intelligibility, from which all of knowledge derives”. It is a translation process that entails a gradual transition from indistinct to distinct “corresponding to the progressive integration of otherwise free-floating elements that must be organized for the intelligibility to hold,” a conversion of the unthought into thought.

If thought is consciousness, thought can only be happening within a philosophy of ‘presence.’ Can we ever grasp what is on the other side of it in the non-phenomenal realm of non-being? Sixty-three posts later, I still run the risk of falling into the trap of reductionism. Indeterminism is on my mind. Each post has added a brick to the house of evolving possibilities, a window to its exterior walls. It is a knot I have tied on a rope I am holding on to as I climb my way up through thick clouds. If all models are necessarily partial representations of reality, then no matter how hard we try, no model of the Universe will ever completely reflect reality. There cannot be either a theory of everything.

In the puzzling relationship between Consciousness and the Universe, how to shed light on those indistinct pieces? Aesthesis “corresponds to the concrescence of differences.” It creates in my mind the image of a step-by-step guide into the ontology of a middle way, a meeting ground between non-being and being, a plunge into the abyss where existence and non-existence intersect, a passage where mirror-image opposites encounter. The ontology of the middle way is part of a threefold integrated reality in which Consciousness on one side of a boundary struggles to gain information on the other side each time that a narrow window has opened from one level to the next.

It is consolatory in not being categorical about ultimate realities while focusing on them as desirable. In other words, consolationism domesticates in the existential sphere the mathematical concept of probability.

In cognition’s interface with the unintelligible, the act of measurement is the point of interconnection between Consciousness and the unknown. The mind, when confronted with a lack of reality, relies on compensatory means to fill the holes. Probabilities are operational concepts, pieces of information necessary for a conceptual origination to happen, similar to other operational concepts such as time and energy that create reality out of the absence of reality. The fractal nature of knowledge reveals itself within a philosophy of ‘presence.’ A point of origin is the conceptual origination of a ‘stand-alone’ reality. A broken line represents a conceptual transition. Aesthesis can now productively be construed as an integrated weave of constraints between acts of codetermination, measurement, observation, or entanglement, various encounters between aspects of the real in the construction of a web of compossiblities. Indeed, it has become clear that aesthesis is somehow inseparable from this division between the possible and the compossible, the contingent catastrophe that quasi-causes the divergence of our world from the ones it retroactively originates in.

Cosmology is a ‘historical’ science that allows for the observation of rare events such as the merging of black holes. A missing component whose effects are observed on the rate at which the Universe expands was named “dark energy” by cosmologist Michael Turner.  Can it be explained by the presence of phantom fields, a theory of modified gravity, or the effect of quark confinement on the self-gravitational energy of quantum fluctuations? The inhomogeneity of space has hampered our ability to know, leading us to privilege what we perceive as reality: light and matter. A 2020 study has added results from void-galaxy cross-correlation to avoid bias in measurements and allow for the best measurement of dark energy.

Metaphysical nomological pluralism, writes Nancy Cartwright, is the doctrine that nature is governed in different domains by different systems of laws not necessarily related to each other in any systematic or uniform way. If this view applied to the whole Universe, no law, no organizational level could ever be predominant, and freedom precedes reality. On the edge of knowing, aesthesis is “neither intelligence, nor reason, nor agency, though it inevitably conditions their provisional axiomatizations.” A conversion of the unthought into thought leads to the invention of new concepts and a new vocabulary.

It is not self-organization itself, but rather something in self-organization that bootstraps variation in a seeking out of new potential intercessions and supersessions. Though aesthesis may terminate in territories and judgements, it does so only once the gap it instantiates is closed in its wake.

Upon each emergent level of complexity, the curtains open, revealing yet another stage. Each level “depends on the reticulation of the parts,” writes Alexander Wilson, “which are synergistically bootstrapped into properties on the level of the exteriorized whole.” From Cartwright’s pluralism, we are led to Quentin Meillassoux’s hyperchaos, defined as “the effective ability for every determined entity, whether it is an event, a thing, or a law, to appear and disappear with no reason for its being and non-being,” And so doing, reality becomes discrete.

In multi-scale networks of interactions, any parts of a network at any level may affect every other part simultaneously. The Principle of Biological Relativity means that there is no privileged level of causality. Forms of causality contribute upward and downward in asymmetric ways. Although the higher levels may reflect the situational and functional logic of the whole system, the behavior of each part is influenced by its arrangement within the system. No directionality of causation can be assumed, providing the basis for using a more neutral term like a-mergence instead of e-mergence.  A 2019 paper on biological relativity concludes that the various levels communicate both randomness and order between each other. Bio-resonance, as described by Andrea Buiatti and Daniel Longo, is the interference between levels of organization. It corresponds to the interaction of different levels of organization, each possessing its own form of determination.

Aesthesis is thus the process of producing this togetherness in the disparate; it is the counterpart of discretization. It may be generalized as the first moment in the mechanism of emergence. It is the intercession that links together the preindividual aspects of parallel individuations, preparing their eventual supersession (the emergent phenomenon). It is a productive neutralization that prepares the terrain for the subsequent emergent resolution. The parts need to come together, to integrate, in order for the whole to lift off from them and retroactively constrain them. Like a kind of gravity that pulls the disparate together toward coalescence, aesthesis behaves as a transductive countertendency to discretization.

History contributes to the form current and future dynamics of life systems manifest their intrinsic unpredictability. Unpredictability can also emerge from the simplest rule-based algorithm. I have mentioned the possibility, in the future, of free will in artificial intelligence. Already, there appears to be no way to predict what specific actions an AI might take to achieve its objectives, even if we know what those objectives are. Unpredictability, claims a 2019 paper on Unpredictability of AI, is an intuitively familiar concept. We can usually predict the outcome of standard physical processes without knowing the specific behavior of particular atoms, just like we can typically predict the overall behavior of the intelligent system without knowing specific intermediate steps. It is similar to the way emotions in primary and secondary layers are sometimes thought of as ‘unconscious’. We don’t have “clear introspective conscious access to their functioning,”  write Stephen Asma and Rami Gabriel in an Aeon article last year, since primary and secondary emotions “lack access consciousness.”

Along the Potomac on the Virginia side, the crescent moon is still high. Blue sky merges on the horizon. Ripples and circles rise and fall unpredictably on the water surface. They reflect sun rays piercing through the silvery mist, reminding me of Leonardo da Vinci’s drawings of fluid dynamics. Transfers of energy through waves and resonance occur from one event to the next. If time stops at the death of my physical body, will my soul be released in some form of energy the way red supergiants release upon their death vast amounts of energy heating interstellar dust and gas? Time and energy are a complementary pair within the flow of things. On the edge of knowing, poetry relies on feelings. The emotion of time is ubiquitous. It is the energy passed on when gluons bind quarks together and during the transfer of electrons from one molecule to the next. The Universe reveals itself by expressing itself and knows itself through every bit of feeling.

…those feelings, sculpted in the encounter between neuroplasticity and ecological setting, provide the true semantic contours of mind. 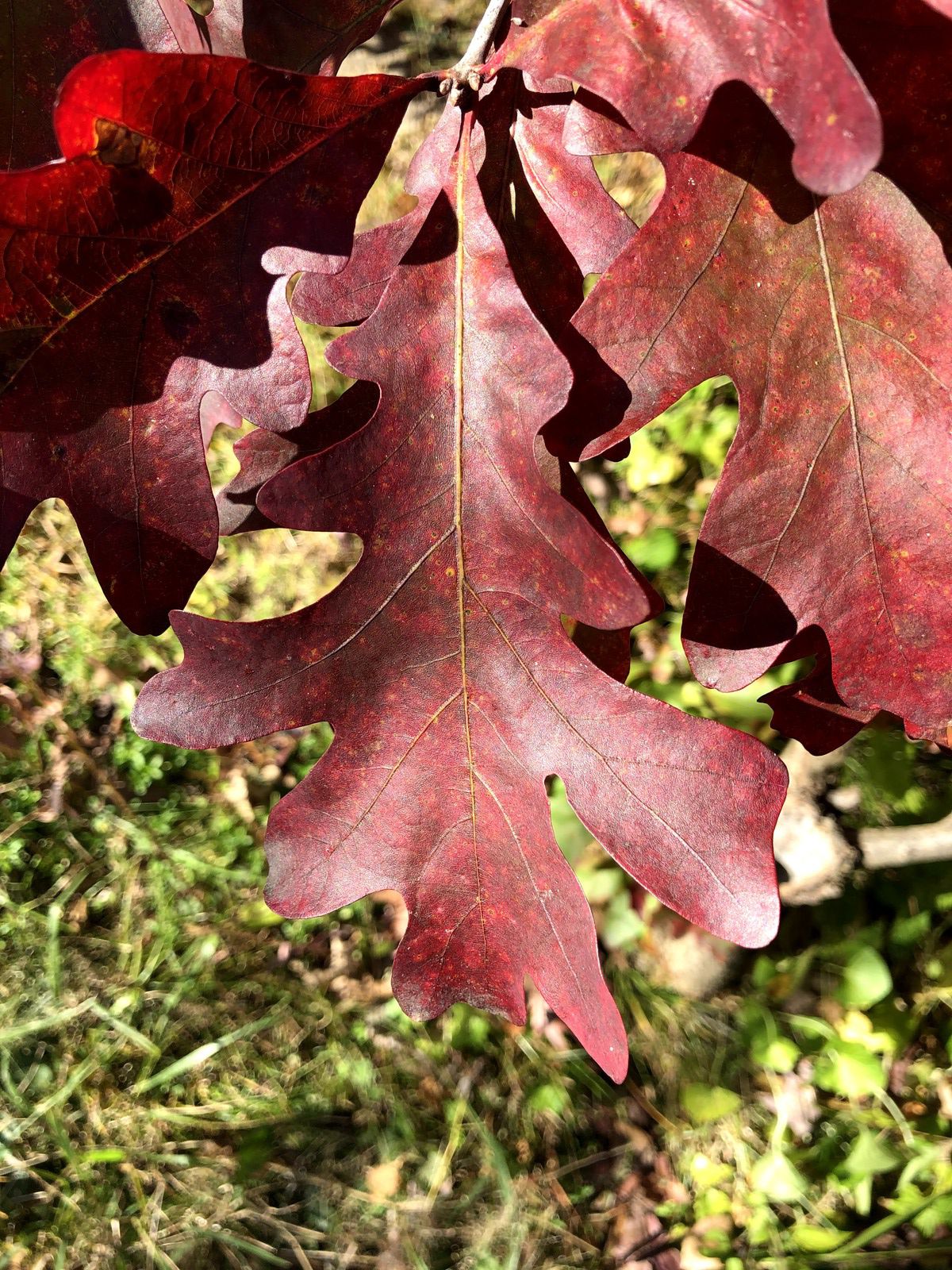 The black rock enraged that the north wind rolls it on
Will not halt itself, even under pious hands, still
Testing its resemblance to human ill,
As if to bless some fatal cast of bronze.

Here nearly always if the ring-dove coos
This immaterial grief with many a fold of cloud
Crushes the ripe star of tomorrows, whose crowd
Will be silvered by its scintillations. Who

Following the solitary leap
External once of our vagabond – seeks
Verlaine? He’s hidden in the grass, Verlaine

Only to catch, naïvely, not drying with his breath
And without his lip drinking there, at peace again,
A shallow stream that’s slandered, and named Death.

Based on the knowledge of the present, could we predict the future outlook of the US presidency? Today live among us the future presidents of generations to come. If any child born this year could potentially be one of them, in reality, the choice is neither predictable nor random. Unpredictability and determinism occur in combination with each other. We only have the potential to shape the present that will determine the leaders of tomorrow.