While attending the 105th Commencement at Reed College, Portland, Oregon, I gained a deeper appreciation for the wide range of subjects touched upon by students in their bachelor's thesis and for the extent to which they were free to choose any topic they please.

Subjects include, to cite a few, Labor Protest and State Response in Mainland China; Voter Suppression; French-Oriented Identity in Lebanese Arabic; Metaphysics of Personal Identarian  Facts; Behavioral Investigation of Crossmodal Correspondences between Chords and Geometric Forms; Effect of perspective-taking on implicit and explicit bias towards exotic dancers; an interdisciplinary approach to Psychedelic Therapy; Effects of Microaggressions on Predictors of Academic Success; Relationship Between Academic Social Norms and Faculty Members’Perceptions of Conducting Race Talk in College Classroom; Islam and Public Discourse in France; Human Blueprint for the Construction of Justice, Computing the Language of Life; Human Cannibalism in the works of Shakespeare and His Contemporaries; Empirics of the Draft on GDP Growth; Economic Analysis of How Los Angeles Black Beauty Firms Affect The Communities They Inhabit; Inter-relational History of the Treatment of Epilepsy and the American Eugenics Movement; Exploring the Possibility of a Moral and Epistemological Foundation for Local Democracy; Growth and Greed in the Marketplace; Economic Case for Mandate Corporate Sustainability Disclosures; Redistribution in the Wake of Crisis; Immigration Practices on the US-Mexico Border and the Violence of Liberalism; Structural Analysis of American Post-War Reconstruction Efforts in Iraq by the Coalition Provisional Authority; Black Queerness and Transness, and Surviving The Carceral State; Making Monsters: RightWing Creation of the Liberal Enemy. Free will is the shadow of an impulse freely acted upon. It is a sparkle of light freely released. I see free will in the Universe’s self-expression. I see free will in the pairing of an asteroid and its moon. I see free will in students’ quest for answers when they ask whether Outflows from Supermassive Black Holes suppress Star Formation in Galaxies, whether there are potentially habitable exoplanets near the Center of Active, Milky Way-like Galaxies, What grounds the Direction of Time and How to detect exoplanets in Kepler data. As we reflect on our place in the Universe, we regard Copernicus’image of planets orbiting the Sun and the photograph taken of Earthrise as milestones that helped shape and redirect our understanding of the Universe in the course of humanity.  We rely on intuition and cognitive perception in our exploration of the Universe up until we are faced with a new reality. Meanwhile, our imagination does its best to fill the gaps from an Artist's impression of a black hole accretion disc to the first image of a black hole, using Event Horizon Telescope observations of the center of the galaxy M87. 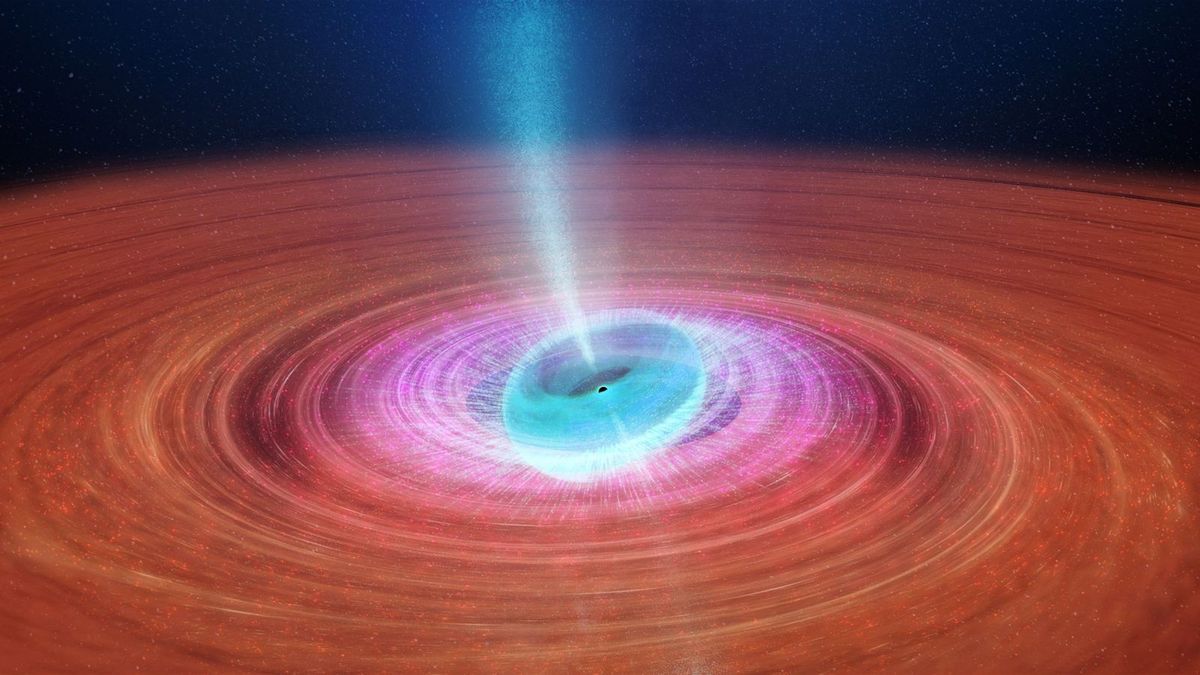 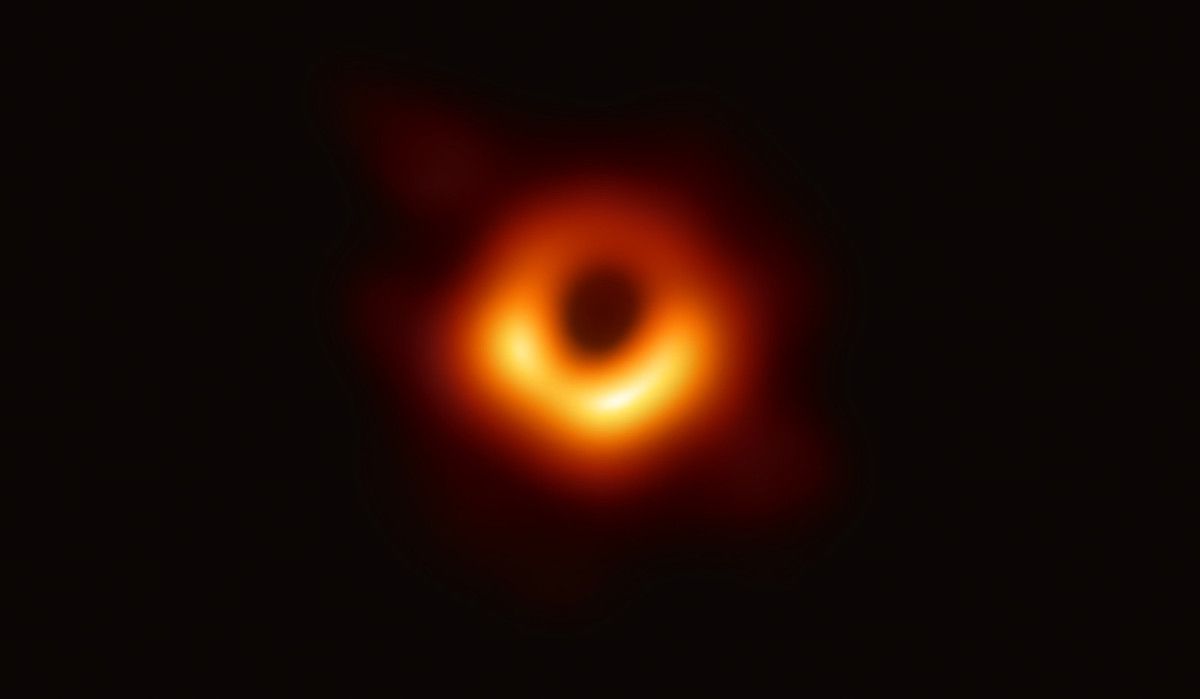 I was struck by some of the comments that were reportedly made during a discussion last month at the Library of Congress on the legacy of the Earthrise photo by the participants: Bruce Clarke, the 2019 Baruch  S. Blumberg NASA/Library of Congress Chair in Astrobiology, Anne Collins Goodyear of the Bowdoin College Museum of Art and David McConville, a media artist, and educator.“Earthrise has been invented as much as it has been discovered and captured. When the picture was originally taken, the moon’s horizon runs from top to bottom, which is not an angle readily found on planet Earth. Rotating the photo 90 degrees put the moon’s surface as the ground and framed the Earth as rising above the horizon”.  Imagination is a floor-less well capped by a mirroring surface. She is a double-edged sword, lighting up the path to reality and distorting it at the same time. As time passes, Consciousness seems to hold a camera, slowly zooming out from Earth beyond the bounds of our physical reach from an infinitesimal corner of the skies unveiled by NASA’s Kepler mission to more than three-quarters of the Universe yet to be revealed by the Transiting Exoplanet Survey Satellite  (TESS), launched on April 18th, 2018 for a 2-year survey, and to an ever greater definition to be achieved by the Wide Field Infrared Survey Telescope (WFIRST). These giant steps are mapping the Universe and marking the spots for potential new worlds.

Consciousness widens and adjusts her angle of view, taking full advantage of her freedom to explore. Sartre said that there can be knowledge only to the extent that there is freedom and that the very idea of knowing, of unveiling can have meaning only for a freedom (Truth and Existence, p.16, Jean-Paul Sartre, Arlette Elkaïm-Sartre, University of Chicago Press, 1995). In the light of a deeper reflection on the question of freedom, some have wondered whether there is an order relation between freedom, existence, and essence. If events precede effects and occur in relation to each other, does freedom precede existence? Or does essence precede existence? Or, as Sartre claimed, is freedom existence, “and in it existence precedes essence”? I imagine essence to be dark energy weaved by hidden internal degrees of freedom in its physical structure. In the cosmic existential reality, being has become what is knowable to us. Upon reality depends our existence while eroding our freedom, “for a materialistic conception of the universe is radically incompatible with the idea of a free man: more precisely, that in a society ruled by materialistic principles, freedom is transmuted into its opposite”(Gabriel Marcel's Ethics of Hope: Evil, God and Virtue, Jill Graper Hernandez, A&C Black, Oct 13, 2011, p.16).

Freedom varies degree by degree. “Degrees of freedom” applies to a number of parameters that may fluctuate independently. The term refers to the freedom of movement, translation, mutation... Freedom allows those not yet defined parameters to emerge into existence through a free process of self-organized criticality. When the greatest degree of freedom is achieved, the least objectified becomes any entity. Freedom is the aptitude to bring absolute indeterminacy to reality even as it is transcending existence. I understand those degrees of freedom to be unseen framing entities in the canvas of spacetime.

One may wonder what role played freedom at the beginning of the Universe. In the universal dance lies the law of entropy. A research paper studied the effective degrees of freedom one quadrillionth of a second after the Big Bang until the last positrons disappeared a few minutes later. In an effort to explain what happened in the early Universe, the concept of entropies per particle is introduced, meaning the number of accessible microstates in macroscopic physical systems…

There are decisive grounds for holding that we need to bring about a revolution in philosophy, a revolution in science, and then put the two together again to create a modern version of natural ...