We feel clearly that we are only now beginning to acquire reliable material for welding together the sum total of all that is known into a whole; but, on the other hand, it has become next to impossible for a single mind fully to command more than a small specialized portion of it.

Schrödinger, What is life? 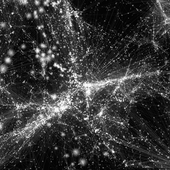 The Network Behind the Cosmic Web

The concept of the cosmic web, viewing the Universe as a set of discrete galaxies held together by gravity, is deeply engrained in cosmology. Yet, little is known about the most effective ...

Words form a circle dance in my head. If cognition is construed as an interaction between and mutual deﬁnition of a living unit and its environment, I am a “living unit” and the Universe is my environment. In the midst of it all, I feel free to reflect on the mirroring nature of words. Caught in the threads of my own thought, the self-made web of my imagination, I am entangled in the places I go, the things I do, the people I meet. I am entangled in my daily life, confronted with the needs of my inescapable body. Am I a physical resonance of the Universe?

Reading about comets and biology gave me a peculiar perspective. A dormant comet, a planet or a star is a complexity-based system governed by organizational and variational rules. They bear comparison with a biological organism that exhibits at times different degrees in their capacity to move. They are intrinsically teleological objects with a tale of their own, an account of random events that constitutes the foundation of their historicity. Life is a sequence of events, a suspended period of extended criticality. It is a process during which a “living unit” finds itself in a constant struggle to reaffirm its runaway identity.

A physicist and a biologist study the whys and the hows. As I walk on the tightrope that separates the two, I draw a parallel between a particle that remains a wave of probability until it is detected and a historical object that takes a particular path among several possible paths through time and cannot all be described ahead of time. Through time and space, I see the Universe unfolding its networks of relationships between “local” and “global”. Can a fugitive interstellar object be a triggering factor of the propagation of some unknown variation to our indefinite future? I imagine evolution as a series of starting points at which a convergence of objects or events takes place and of finishing lines where signs of divergence appear. The temporal dimension of a historical split in a phylogenetic tree reminds me of the spatial representation of a tree when its limbs diverge, of the nodes in a spiderweb as if a fractal-like structure was replicating itself through time and space. As I look outside my window at the naked branches of the elderberry bush, the dried leaves of the young red oak and the Purple love grass in the Fall landscape, I think of the Universe ruled by a divergent force up to its own expansion.

Living systems, when compared to inert matter, are “coherent structures” in a continual (extended) critical transition. Planets, comets, and stars too are extended criticalities on their own time frame, which may be billions of years. Other temporalities seem to hang onto the linear representation of time, molded into spacetime. Francis Bailly, Giuseppe Longo and Maël Montévil proposed that physical and biological cyclicities account for another dimension of time. I see various examples of cyclicities on display in our Universe, including tidal, orbital, reproductive and climate cycles.  The Sun too presents cyclic activity. Giuseppe Longo and Maël Montévil argue that the temporality of extended criticality involves protention (i.e. pre-conscious expectation) and retention (i. e. pre-conscious memory), with the understanding that protention and retention are a sort of present which is extended in both directions.

Organisms and species do not have cosmological life spans. Gaia does, and this is perhaps a general property of living worlds

Life with or without cognition appears within the bounds of self-organized systems governed by seemingly distinct operational principles. The debate around what qualifies as life and what defines mind has brought us to question whether the mind can manifest itself beyond the enclosure of the individual body. I wonder whether the newly described choanoflagellate species which form cup-shaped colonies that reversibly invert their curvature in response to light,  the Physarum polycephalum that preceded humans on Earth by 500 million years and the trilobites, known as Ampyx, whose fossils suggested that they intentionally formed a queue are living systems with cognition. We tell the story of a bacterium in our distant past which was “captured and domesticated inside another cell, a host, where it became a mitochondrion”*. Was it a result of a cognitive process involving free will and volition?

Humans are haunted by “ghosts of other life-forms” * since the eukaryotic cell whose lineage eventually led to “humans and every other creature we can see” *. In a universe bursting with biological and gravitational resonance, autopoiesis** refers to the process of self-creation that allows a system to reproduce and maintain itself. Michel Bitbol and Pier Luigi Luisi in a 2004 paper arrived at the conclusion that the very lowest level of cognition is the condition for life, and the lowest level of cognition does not reduce to the lowest level of autopoiesis. When eukaryotes formed in warm liquid waters on the early planet Earth, did they also exist at the same time on Mars when volcanoes erupted and on Venus when a shallow ocean covered its surface?

... a living creature “makes sense” of the world through affectively motivated action-as-perception and, in the process, constructs a viable niche Picture of the galaxy distribution (The Millennium Simulation Project)

Living units are shells protecting the many levels of biological “resonance”.  Each level, past and future, brings variation to the whole system, allowing it to maintain and adapt over time. The oldest common ancestor of a flea and a human being still lies in me. Is it the result of enaction? As waves of “resonance” spread through the cosmic web, they break new ground. Their fractal-like dynamics filter through the cracks of the threshold between levels of organization. From the inert to the living state of matter, the nothingness to being, they provide a conduit for free information flow.

The impalpable wind blew down the rustling leaves and chased away the Indian summer heat. It scattered the circling words away. Will it blow in the answer I seek? For me, “embodied consciousness” means that our body is the host of consciousness. Through a conscious and intentional grasp of our surroundings, we find purpose in our function. A satellite view of the Chesapeake Watershed has the appearance of limbs branching off a tree trunk. Up close, instead of rising through the streams and tributaries, the river’s sap flows downstream into the ocean. Time and space are woven into the cosmic spiderweb.  Is time a matter of perspective emerging like the river from a hidden divide?

**H.R. Maturana, F. J. Varela, Autopoiesis and Cognition: The Realization of the Living, 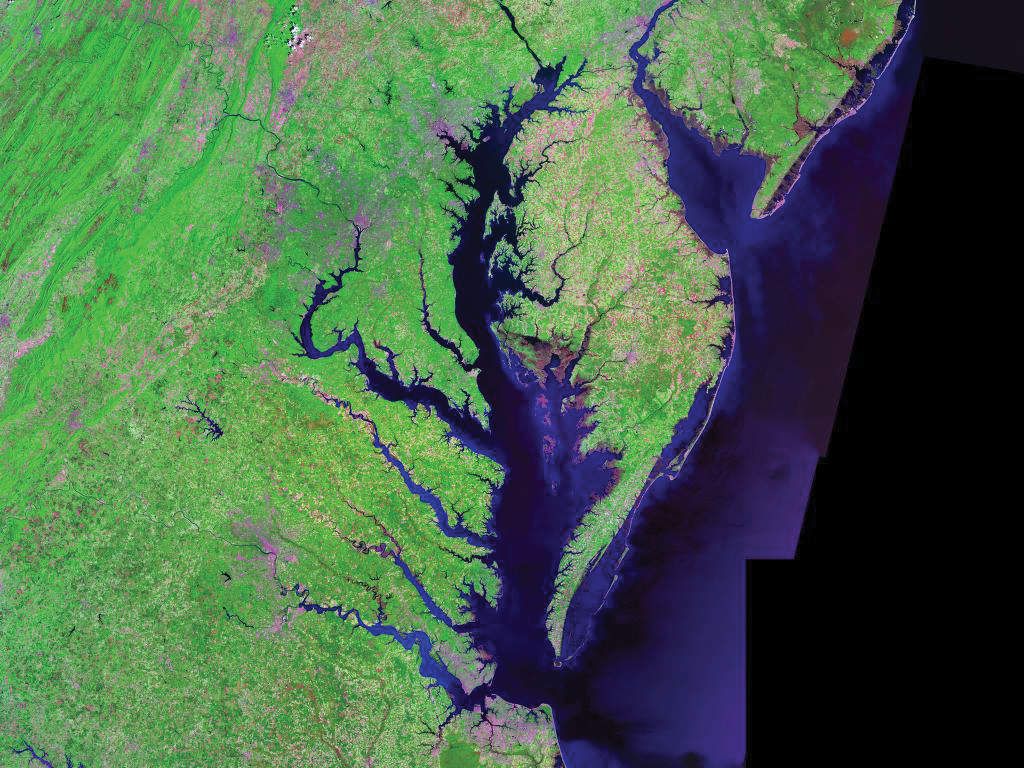