I have ancient eyes
Musing chapters of history
And longings once

The Remnant, Rob Taylor, Noesis: A Poetic Journey into the Spirituality of Social Discord Lee Smolin might agree with Alexander Wilson, the author of the book entitled Aesthesis and Perceptronium on the entanglement of sensation, cognition, and matter, that “realism implies a rigor of thought that accepts both its finitude and its incompletion and embraces the indistinction that swarms around the intelligible.” The word perceptronium is borrowed from Max Tegmark’s 2014 paper entitled Consciousness as a state of matter. Tegmark lists six states of matter. In addition to gas, liquid, and solid, the fourth is memory that allows for the retention of “a large repertoire of long-lived states or attractors”. The fifth is computronium or programmable matter, “the most general substance that can process information as a computer”. And the sixth is perceptronium, “the most general substance that feels subjectively self-aware”, that is the state of consciousness. Wilson and Tegmark fall under Smolin’s category of realists. Tegmark explores how to distinguish conscious matter from other physical systems. To that end, he defines four basic principles: information, integration, independence, and dynamics. The latter refers to time dependence. Independence means that something within dominates rather than something on the outside. There is a paradox, writes Max Tegmark, called the Quantum Zeno Paradox, in that if we decompose the Universe into maximally independent objects, then all change grinds to a halt.

We understand how memory plays a role in the way consciousness operates. As Giuseppe Longo and Maël Montévil wrote, it essentially refers to a “conscious reconstruction” of something that was experienced. What is even more fascinating is how memory is an essential aspect of the life of matter. While timelessness creates in my mind the image of an infinite state “brought to a halt”, memory arises from the spatiotemporal locality. Non-locality and the absence of memory appear to be what differentiates time from timelessness. Is there intentionality on the part of matter in the way it displays memory?  In a 2018 paper on memory formation in matter, memory is defined as follows:

Memory connotes the ability to encode, access, and erase signatures of past history in the state of a system. Once the system has completely relaxed to thermal equilibrium, it is no longer able to recall aspects of its evolution. The memory of initial conditions or previous training protocols will be lost. Thus many forms of memory are intrinsically tied to far-from-equilibrium behavior and to transient response to a perturbation.

Memory and time are intertwined because the concept of memory implies a time of retention, whether it be short or long. The experience of one second on Earth is somewhere in the Universe the memory of a million years. There is a countless number of ways that matter displays memories. The paper quoted above lists, among others, the memory of largest input and the memory of duration. Our behavior and that of matter may also show the memory that only knows one direction, a time running forwards. There are also the ‘return-point” memory and the memory from cyclic driving, both evocative of loops of temporalities, biological and cosmological cyclicities.

In addition, there are ‘multiple transient memories’ when memories of multiple values are retained, “but only before the transient self-organization has finished.” After that, memory loss occurs. The “very process of reaching equilibrium erases the memory of previous training”. Multiple transient memories, I feel, play a role in scale transformations, in the fractality of the Universe and Consciousness. Other ways that matter experiences memory include shape memory, memory through path reversal such as echoes and associative memory.

Time remembers seasons. The Earth remembers its orbital path around the Sun. The weather remembers clouds. Plants open and close, remembering the time of day and year. Can consciousness exist outside memory? An electron, writes Natesh Ganesh in a paper on a non-equilibrium thermodynamic framework of consciousness, cannot be conscious since it is not capable of memory. However, in his paper on dissipative adaptation, Jeremy England refers to the memory of a collection of assembling particles that appears to have self-organized into a state that is ‘well adapted’ to the environmental conditions. He explains that the most durable and irreversible shifts in configuration occur when the system happens to be momentarily better at absorbing and dissipating work. With the passage of time, the ‘memory’ of these less erasable changes accumulates preferentially. As for the brain, the system stores experiences and learns from them so long as its memory updates itself with new events shedding light on previous ones. Consciousness, I feel, is a by-product of evolution that absorbs the lessons of time with the input of memory. 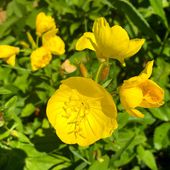 Which comes first? Images or ideas? They are part of a shared pool of memories. As I looked at Wheeler’s Universe, the first image that came to mind was that of the snake eating its tail. Coincidentally, the same picture was found four months later at the end of Kerri Welch’s book and was described by Alexander Wilson at the beginning of his book. It made me wonder whether the ancient symbol of ouroboros was at the root of Wheeler’s Universe in the first place. As I reflected on Kerri Welch’s book, I realized I had been too focused lately on the concept of time in disregard for a more balanced approach towards time and space. I thought I had to put the Humpty Dumpty of spacetime back together. Ironically, Alexander Wilson uses the same image from that popular nursery rhyme at the beginning of his book. To some of you, those two anecdotes may be insignificant. To me, they are drawn from the well of our collective memory.

Had I the heavens' embroidered cloths,
Enwrought with golden and silver light,
The blue and the dim and the dark cloths
Of night and light and the half light,
I would spread the cloths under your feet:
But I, being poor, have only my dreams;
I have spread my dreams under your feet;
Tread softly because you tread on my dreams.

Aedh Wishes for the Cloths of Heaven, W. B. Yeats

As a poet, I can only repeat that images trigger stories and connections that open the gate to a more intuitive approach. A patchwork of concepts spells out in a series of images. Drawn to invisible flows rather than to physical entities, I respond to them by writing.  I can only convey the mental path that takes me to this post today. I know that it echoes others’ intuition and sensibility. Tim Palmer alluded to the possibility that ideas may mostly already exist, but in a completely separate setting. We ought to take those pre-existing images from their usual setting and transplant them into new territories. Words have memories too. They echo a past usage, a historical context. Inner Infinity - Consciousness and the Universe

From where do new ideas come? Do they pop out of the aether as some random ashes of inspiration with no obvious precedent? Or do these ideas mostly already exist, but in a completely separate ...

Time drops in decay
Like a candle burnt out.
And the mountains and woods
Have their day, have their day;
But, kindly old rout
Of the fire-born moods,
You pass not away.

Why would consciousness be a state of matter? Whether it be the material body of a cell, a plant, a star, or a galaxy, matter bears the mark of memory in whatever way it may be. Cosmic consciousness may be a memory sometimes muffled and other times uttered of past, present, and future. Wheeler is quoted to have said that not until you start asking a question, do you get something. To that, Augustine could have added that if no one asks me, I know. If I wish to explain it, I cannot because that ‘something’ may not be what we expect, thereby inviting more questions.