The Ghost of a Flea, William Blake

Comets have made their appearance in works of art and literature. They left their mark in our collective memory. William Blake's portrayal of the Ghost of a Flea shows the attempt by an artist to capture the eerie moment in time of a passing comet.  I have a foggy memory in my head of Haley’s Comet on an early morning moon in Shanghai’s skies while she was on her 1986 journey through the solar system. She seemed as much as I was in a hurry to grow old and reach the shore of a haven of peace. By now, she is near her unseeable aphelion, unafraid to turn around and see her mass vanish in the Sun’s radiation.

In the case of comet 67P/Churyumov-Gerasimenko, visited by ESA mission Rosetta, the effect of erosion through the sublimation of volatiles ranged from meters to tens of meters per apparition. Cliff collapsed and larger chunks of material such as one named ‘Churymoon’ separated from the surface. Although large, loose boulders were around one hundred times weaker than freshly packed snow. Yet, as it is observed on the distant C/2017 K2 (PANSTARRS), the loss of mass isn't just triggered near perihelion. Consciousness implies a willingness to interact with our surroundings. It means opening our senses and our mind to embrace the Universe. When Gregory Matloff asks whether stars’ motion is volitional, I wonder whether comets too have a mind of their own. Formed in the very distant regions of the protosolar nebula, they are a common feature of most, if not all stellar systems. Exocomets, interstellar comets or comets orbiting our Sun, they are travelers with their ‘head in the clouds’, called coma, set out on a journey from a storage zone, the Oort Cloud, or from the Kuiper Belt or the region in between giant planets in the form of Centaurs, planetesimals waiting to be transformed, or from the main asteroid belt, such as Comet Elst–Pizarro, target of the proposed Castalia mission, except that not all of the main-belt comets can repeat activity during orbit passages. Comets are oddly stretched bodies displaying evidence for nearly all fundamental geological processes. With their bright light, they are showing the way to new frontiers. Two categories have been established: the short-period comets whose orbit time is less than 200 years, such as Comet Holmes and 67P/Churyumov-Gerasimenko, and the long-period comets whose orbital rotation may take up to several million years, such as the Great Comet of 1997 - Comet Hale-Bopp - and C/2017 K2 (PANSTARRS) which has been outside the planetary region of the solar system for the past three million years.

The orbital distribution of short-period comets shows clear evidence for two populations known as Jupiter-family comets and Haley-type comets. Based on simulations of early planetary migration, it appears that the Haley-type comets are an extension of the population of returning Oort-cloud comets to shorter orbital periods. Unless they are somehow resupplied from external reservoirs, comets do not survive. Their physical lifetime may depend on their nuclear size. Haley’s Comet hasn’t yet collided with a planet as did Shoemaker-Levy 9 which orbited Jupiter for most of last century, and possibly longer before taking a plunge 25 years ago. Her path is surprisingly impacted not by the big planet Jupiter but the small Venus that is the dominant perturber until Jupiter takes over after about 3000 years from now. She hasn’t collided yet either with Earth, like 1864 meteorite Orgueil that fell near Montauban, France, and whose orbit is compatible with that of a Jupiter-family comet, although an Halley-type comet cannot be excluded. She wasn’t either torn apart by her own gravity like comet ISON in 2013.

Numerous studies have suggested the possibility that our giant planets have ejected debris and larger bodies out of the solar system throughout history. I wonder whether any of those objects ever reached another star system or whether they remain dormant in the dark and icy forest of interstellar space.  Malena Rice and Gregory Laughlin discussed that scenario in the context of exoplanets that may not have been discovered yet but may be capable of efficiently ejecting debris from their environments. The discovery of Oumuamua and C/2019 Q4 (Borisov) reveals the possibility of an abundance of free-floating small bodies ejected into galactic space.

The nature and the origin of Oumuamua remain unclear. Was it an asteroid,  an interstellar probe or a piece of debris of a dwarf interstellar comet? It may have been a dormant comet whose nucleus was reactivated after millions of years in interstellar space, propelled by water ice sublimation as a result of its perihelion passage. Before being caught in the interstellar limbo, our dormant comet may have been cut from its original host system during intra-cluster interactions that lasted tens to hundreds of million years. As for the interstellar comet C/2019 Q4 discovered on August 30, a paper published a few days ago identifies a double star named Kruger 60 as a plausible home system. The object is on its inbound leg and will be the closest to the Sun on December 8.

Talking Is Throwing Fictional Worlds at One Another - Issue 76: Language - Nautilus 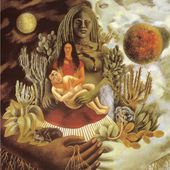 The Love Embrace of the Universe, the Earth (Mexico), Myself, Diego, and Señor Xolotl

There’s a patchwork of concepts in my mind spelled out not in words but in a series of images.  As a possible carrier of viruses, the round and elongated shape of a comet reminds me of a bacteria with a flagellum to help with swimming in outer space. In our paramount need to meet the set of prerequisites for the development of life, the study of comets takes Biology at the forefront of our quest. What is life? And can life be devoid of consciousness? I wonder whether the future still has to offer new and distinct forms of life.

Scheduled to be launched in 2028, the Comet Interceptor mission will look for a pristine comet in the goal of analyzing its chemical composition, identifying its organic compounds and finding clues for microbial life. Information hidden in molecules, drifting in space, may tell us about a lost phylogenetic event under the shell of an interstellar comet and even the time of existence and lines of descent of ancient molecules in the early solar system formation. Those newly found molecules of life might give us a renewed sense of belonging to a single connected biosphere.

Castalia, the proposed mission that will rendezvous with Elst-Pizarro, will test whether a main belt comet is a viable source for Earth’s water. For now, scientists caution that the detection of abundant amounts of oxygen in the coma of two comets, namely Halley’s Comet and 67P/Churyumov-Gerasimenko, does not imply that it is necessarily a sign of biological activity and that the gas-grain chemistries of even simple molecules such as oxygen and water are still highly uncertain and subject to debate. In addition, whether the observed ‎oxygen in both comets was formed in the ices of the pre- and protosolar nebula before the comets’ formation remains to be confirmed.

One important detection was that of the simple amino acid glycine (top, C2H5NO2), a biologically important organic compound commonly found in proteins. Phosphorus was also detected (bottom, P), a key element in all living organisms. It is found in the backbone of DNA and RNA, in cell membranes, and in adenosine triphosphate (ATP), which transports chemical energy within cells for metabolism.

In a narrative of empiricism and intuition, a fool sees a familiar face in the eccentricity of a comet not bound by the normalcy of life on a planet orbiting the Sun. At the edge of the solar system, she goes on roaming between the stars.