When two great masses come into collision in space, it is certain that a large part of each is melted, but it seems also quite certain that in many cases a large quantity of debris must be shot forth in all directions 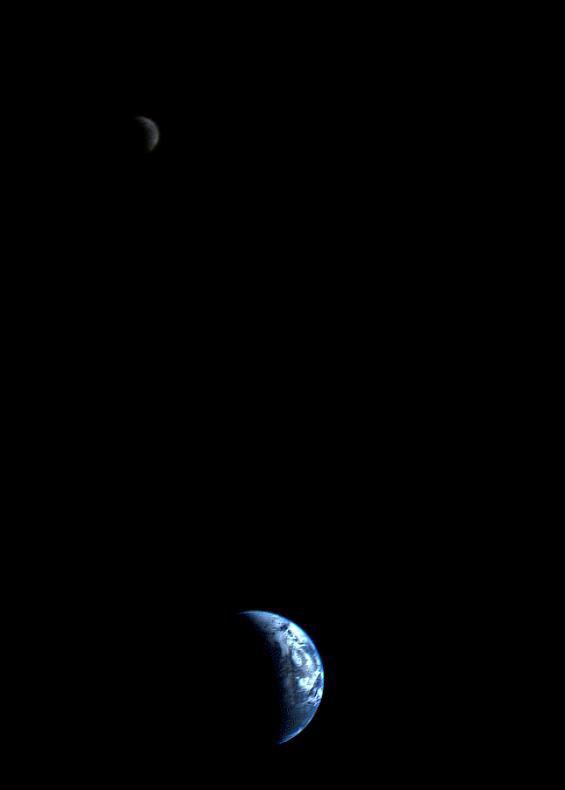 As I, too, view the Moon as a font of dreams and myths, and poetry, I wonder about her life path. Giant collisions have an impact on the trajectory and formation of planets and their satellites. Based on recent simulations, two roughly half-Earth-sized impactors may have collided, resulting in not one but two dominant moons orbiting the Earth for an extended period of time. One of the moons may have driven the other inside Earth’s Roche limit where it was ripped apart by Earth’s gravity unless the two did collide. Martin Jutzi and Erik Asphaug described how the lunar farside highlands were formed by accretion of a companion moon. Yet, a study last year emphasizes the role of multiple giant impacts in the formation of the Earth-Moon system and suggests that the Earth experienced many smaller impacts, producing smaller satellites that potentially coevolved.

On the implications of Captured Interstellar Objects for Panspermia and Extraterrestrial Life,  Manasvi Lingam and Abraham Loeb theorized that tens of millions of interstellar objects may have been captured over the history of the Solar system. About 400 of them with a radius of less than 0.1 km could have struck Earth prior to abiogenesis and about 10 of km-sized, confirming the possibility that life may have been transferred to Earth by means of lithopanspermia. Although not all of those interstellar objects  remain in bound orbits, the authors estimate that thousands are expected to be present in the Solar system at any given time, such as the asteroid (514107) 2015 BZ509 that is thought to have been captured from the interstellar medium 4.5 billion years ago, which coincidentally seems to be around the time of Earth formation. According to the study, the capture of Earth-sized interstellar objects would offer an alternative to conventional planet formation through accretion. And if those objects have already developed life, they could spread it to other planets by means of interplanetary panspermia. They may not ultimately impact a planet in a direct collision, but serve as the carrier, with smaller impactors being sufficient to produce ejecta and consequently enable interstellar lithopanspermia. Life may have been transferred via grains propelled by collisions with space dust or by means of radiation pressure and therefore enabling “spores” to escape. Arjun Berera in his paper on Space dust collisions as a planetary escape mechanism focused on the possibility that such collisions can give particles in the atmosphere the necessary escape velocity and upward trajectory to escape Earth’s gravity.

Planets rotate around stars. Moons revolve around planets. "Do moons have moons too?" I ask... Martian Moons eXplorer  is scheduled to be launched by Japan Aerospace Exploration Agency in 2024  to explore  Phobos (and/or Deimos), the two moons of Mars. Uranus has a regular set of satellites, suggesting their accretion from a disk. The inner Saturnian moons, too, may have been formed near the outer edge of the Roche limit by accretion of icy ring material.While Neptune’s moons are thought to be captured objects as a result of gas-drag, collisions, exchange action or during a  planetary flyby in the early solar system evolution, a 2019 study suggests that all satellites of large trans-Neptunian objects (TNOs)  were formed via giant impacts in the early stage of solar system formation, before the outward migration of Neptune, and that they were fully or partially molten during the giant impact era. 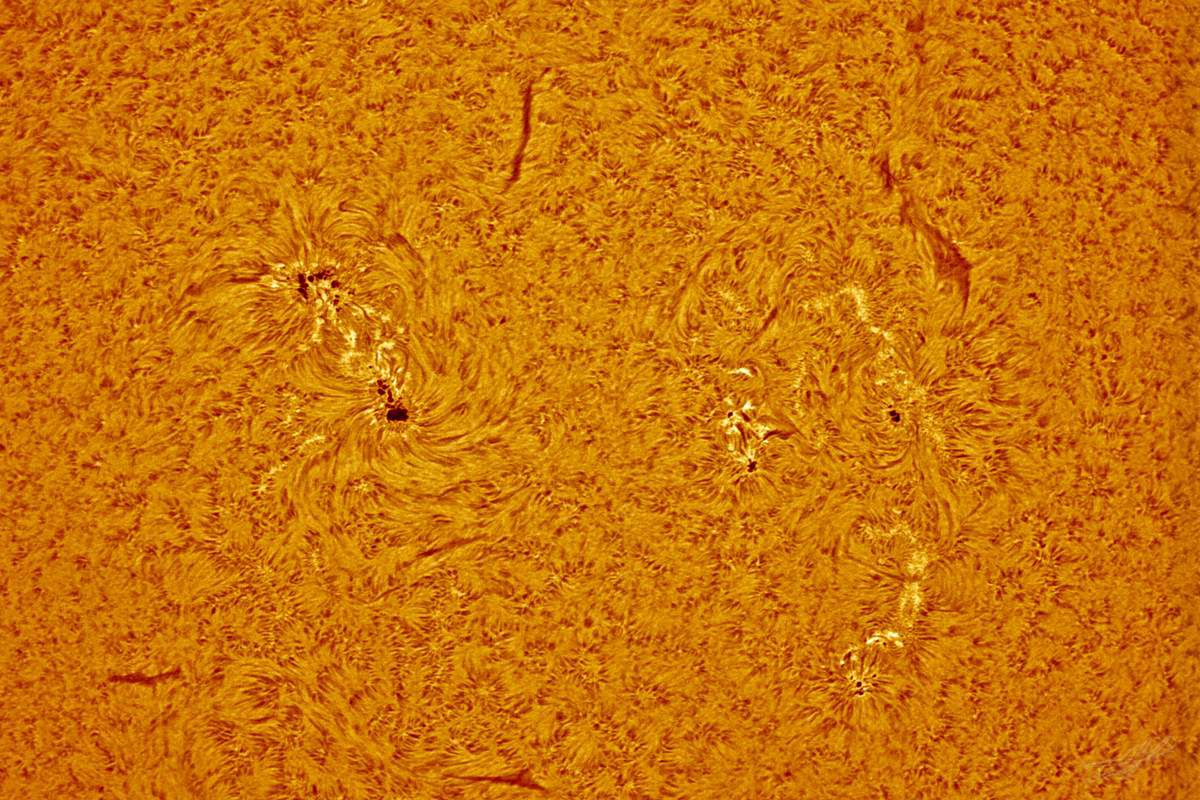 Gravity emerges from a microscopic description that doesn’t know about its existence. Its speed is the speed at which matter - space including - is brought to “light”... I see spots popping up to the surface of the Sun as if it were a pot of boiling gas. On a solitary journey far from his birthplace, the Sun has lost his siblings formed with him in the same cluster. They have spread throughout the Milky Way. Last year, the search for the closest solar siblings - the AMBRE project - resulted in the identification of 4 candidates, with HD 176535 being the least likely and HD 186302 the most. I wonder whether HD 186302 has met the same fate as the Sun and if an Earth-like planet is revolving around it. Based on a 2012 paper, lithopanspermia could have allowed the transfer of solid material between two planetary systems embedded in a cluster. If life arose in any of these systems before the cluster dispersed - and there seems to be some indication that liquid water may have been present on Earth during the solar system’s first hundred million years -, this mechanism may have allowed the exchange of life-bearing rocks amongst the planetary systems in the cluster. Given that even a few kilograms of microbe-bearing fragments may suffice to seed the target planetary systems with life, Idan Ginsburg, Manasvi Lingam, Abraham Loeb showed in a 2018 paper on Galactic panspermia that the entire Milky Way could potentially be exchanging biotic components across vast distances.  The transfer of microbes from Mars to Earth is regarded as highly probable, inferring the possibility that rocky material may be exchanged between nearby planets, which may very well be the case of exoplanets in other planetary systems such as the TRAPPIST-1 system.  Furthermore, a 2004 study suggested that an ejection mechanism involving microorganisms may be common in other planetary systems environmentally capable of supporting life, creating a ‘chain reaction’ that may seed the disc of a galaxy within a few billion years. I picture a three-stage process - escape, capture, collide -  within the limits of planetary systems and beyond and the life forms that appear simultaneously or subsequently in recurring chains of events. The Beckoning of the Ice Worlds - Issue 25: Water - Nautilus

I have seen the future of space exploration, and it looks like a cue ball covered with brown scribbles. I am talking about Europa, the 1,940-mile-wide, nearly white, and exceedingly smooth satellite

I see in action the power of a collective consciousness heightened by new ideas and new forms of cooperation in the search for a deeper understanding of both the outer as well as the inner world. Caught in a cloud of subjectiveness, the mind wonders whether life spread from Earth to other planets and exoplanetary systems or from Europa,  Ceres or from anywhere else for that matter. Ceres, for instance, is the largest body in the asteroid belt and the most water‐rich inner solar system body after Earth. It was explored by the Dawn mission set to understand the abundance, distribution, and phase partitioning of water in the subsurface. It may be that icy moons, terrestrial planets, comets, and asteroids that share geophysical characteristics play an essential role in the spread of life throughout the Universe. In a 2018 paper on Subsurface Exolife, Manasvi Lingam and Abraham Loeb quantified the energy resources available to icy worlds like Ceres that may contain subsurface oceans for ice is believed to be one of the possible sites for abiogenesis to take place and since ecosystems may not always be dependent on photosynthesis but may draw upon alternative sources of energy - such as thermal gradients, magnetic fields, and gravitation.  Surprisingly, on our Moon, too, there is ice. A team of scientists, led by Shuai Li of the University of Hawaii and Brown University, found direct and definitive evidence for surface-exposed water ice in the lunar polar regions. The abundance and distribution of ice on the Moon are distinct from those on other airless bodies in the inner solar system such as Mercury and Ceres, which may be associated with the unique formation and evolution process of our Moon. One wonders whether the shaping of planetary systems leaves behind belts of smaller bodies or whether those are more specific to our solar system. It was suggested that those belts may be one of the prerequisites for the origin of complex life and that such belts are not common in our Universe. For systems without such belts, the impacts from interstellar objects might be more conducive to macroevolutionary processes. Nevertheless, as Biologist Nick Lane concluded that complex life will be rare in the universe and that it is far more likely to get stuck at the bacterial level of complexity, Manasvi Lingam and Abraham Loeb who also wrote a paper on the habitability of M-dwarf exoplanets concur in the opinion that the majority of the higher evolutionary transitions might not occur on planets with (sub)surface oceans. Another paper shows as well that the habitability zone for complex aerobic life is likely limited relative to that for microbial life.

Storytelling, may it be done by a poet or a scientist, weaves our earthly footprints in the canvas of the Universe while words wrap our minds in a blanket of memory, knowledge, and imagination. Words like synestias,  ploonets, and blazars... As new stories are written, they shed light on past events. The multimessenger observation of blazar TXS 0506+056 has prompted scientists to investigate reports of earlier blazar flares, that were also detectable by the Icecube Neutrino Observatory.  Indeed, the past expands as a spectrum of possibilities. The Universe bursts with complex adaptative systems that evolve to the edge of chaos or somewhere near the edge of chaos “because evolution takes them there”. Chaos is not to be afraid of for chaos brings something anew. But I rather hear the sound of the word “collide” instead.